A few bits of Discovery news below, starting with the announcement of the final episode titles for "chapter two" of season one. They are:
News of which came via this dramatic announcement video:

#StarTrekDiscovery unveils titles for the final 6 episodes of season 1. Mark your calendars. Chapter 2 beings Sunday, January 7 on #CBSAllAccess!
A post shared by Star Trek Discovery (@startrekcbs) on Dec 13, 2017 at 10:03am PST


CBA have also released (via IGN) four new character posters to promote the return of the series in January. All feature characters from behind, with Burnham, Lorca, and Saru spotlighted with their heads turned to the viewer, and most oddly Voq, who isn't bothering to look at us (which is either telling us something, or just, weird). 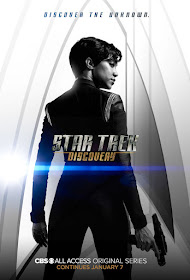 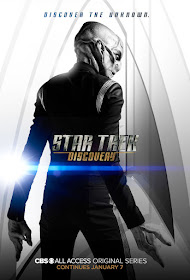 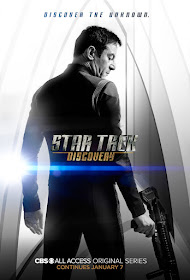 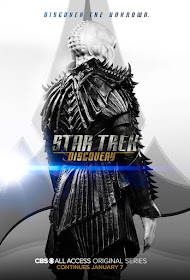 Over on StarTrek.com they recently ran an interview with the show's composer, Jeff Russo, who talked about how he got the gig, and his process:


Here's the thing. I started out by writing a bunch of themes and figuring out what those melodic motifs might be; most importantly, the melodic motif of the main title, which I do nod to throughout the series. I do also nod to the themes I wrote for Michael Burnham, Georgiou and Lorca, the bridge crew and the Klingons. Then there's multiple Klingon themes and there's Voq, L'Rell and all these little motifs that I tried to figure out what that was going to be a little earlier than when I'm in full-on scoring every episode mode. So, having those helps me when I look at picture, and I'm sitting down with my keyboard. It helps me think, "OK, so maybe I bring in this melodic motif. How do I do that?” I do that for every episode. That goes pretty quickly. From spot to recording session is usually about 10 days. We spot it, me and usually Alex Kurtzman. We sit down, look at the show and discuss where it is he's feeling music should or shouldn't be, what he wants to feel here or there. We've gotten to a point now where our communication is pretty easy, where he's like, "OK, so here we do that thing we do." It's gotten easier along the whole series, but we start by looking at it, talking about it, and then I take it back to my studio. I write the cues, and as I'm writing them, I'm doing orchestral mock-ups. Then it goes to an orchestrator and then that gets orchestrated. The next thing you know, we're standing in front of an orchestra recording the score.

We also try to do some editing of thematic material. So, when something comes up that has come up before, we usually go back to that melodic motif, and that gets used. Then, it gets recorded in a day. We usually do an entire day's worth, from 10 to five, of recording. Then, we mix over the next few days and they put it in the show, and it airs usually a week later. It's pretty ridiculously fast-paced.

That interview was of course timed to promote the imminent release of the first Discovery soundtrack, which arrives digitally today. Nerdist released this preview of the tracks it will include (embedded below), or better yet, you can hear a sample from every single track on the Amazon listing right now.


Finally, Entertainment Weekly have release ten new behind the scenes photos showing the cast enjoying themselves: 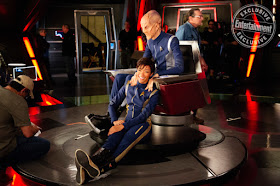 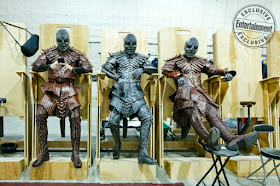 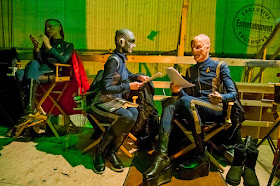 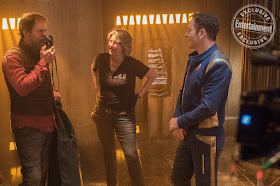 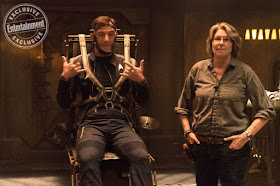 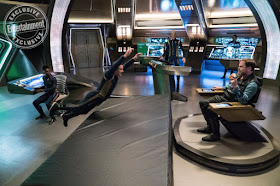 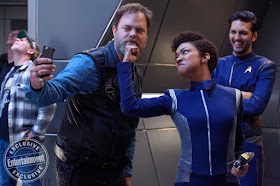 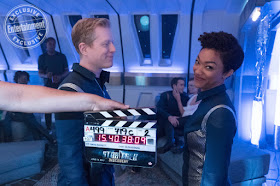 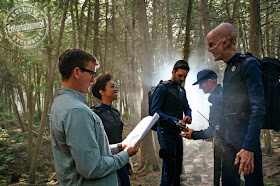 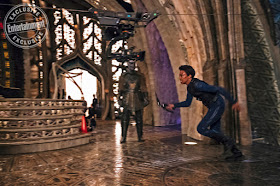