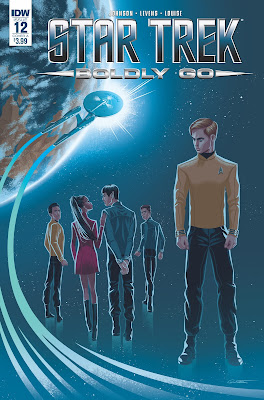 Out this week is the twelfth issue of the Kelvin timeline comic Boldly Go, the second part of a story featuring both Garth of Izar of TOS origin, and Eurydice, a character from previous nuTrek comics. The book is written, as ever, by Mike Johnson, with Megan Levens stepping in to illustrate this story.

This book is available in four covers, with the A cover, featuring an isolated Kirk, by George Caltsoudas. Tony Shasteen produced the B cover, coloured by J.D. Mettler, with Kirk again featured, this time with Sulu pointing a phaser at him. Meanwhile Scotty is the focus of two retail incentive cover, a photo cover, and a portrait by Cryssy Cheung.

Continue below for a five page preview. 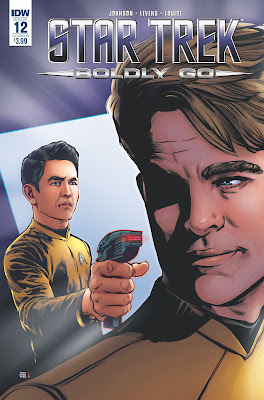 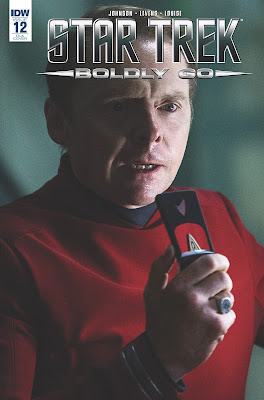 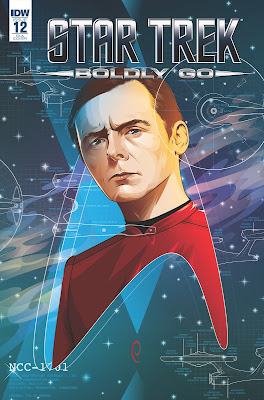 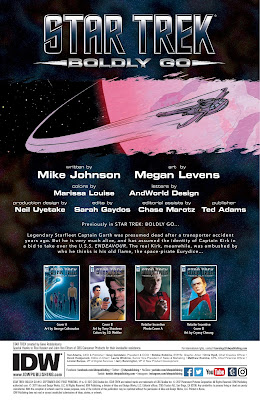 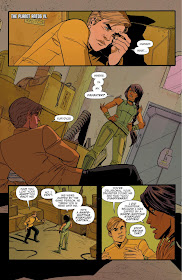 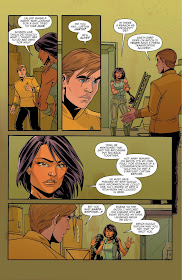 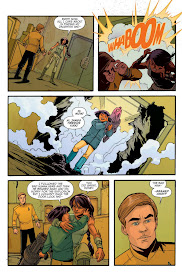 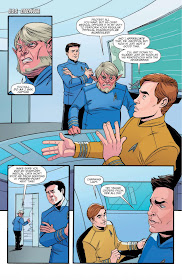 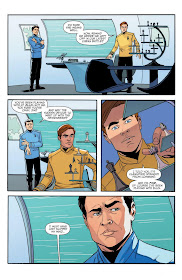