A whole new crew of cats is getting ready to board the USS Enterprise, and so ahead of the release of Star Trek: The Next Generation Cats, StarTrek.com have released the cover and a preview page from the book. Jenny Parks returns as illustrator, with Chronicle Books due to publish in March. 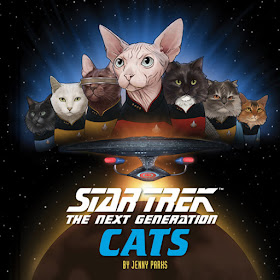 The cats are back in their continuing mission: To boldly go where no one has gone before. Jenny Parks brings the cast of Star Trek: The Next Generation to life in feline form as a faithful homage to the hit series. From encounters with the Borg to adventures on the Holodeck, Captain Picard, Commander Data, Counselor Troi and the rest of the cast are recreated in loving detail as cats 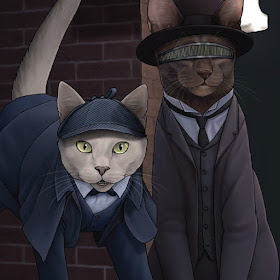 But wait, there's more! Star Trek Cats seems to be turning into a sub-brand of its own! Alongside the recently released 2018 calendar, this month also brings us a two cat set of enamel pins, based on Kirk-cat and Spock-cat from the first book. 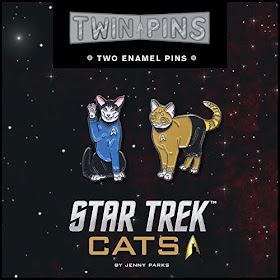 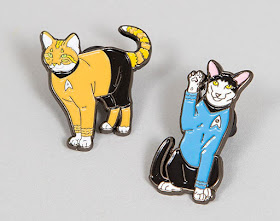 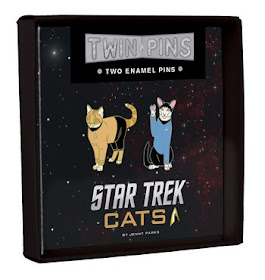 Not enough feline Trek? Then how about some patches? A set of three have been prepared, which will be available to buy exclusively at the New York Comic Con next week, with a different character offered each day (image via Jenny Parks herself): 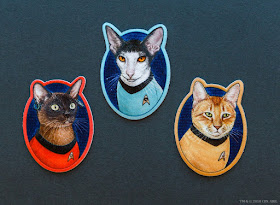 For a look at all the other Star Trek Cats releases, see my Trek Collective List.