Hot on the heals of the recent casting announcements for several Starfleet characters in the new Star Trek TV series, Discovery, CBS have now revealed a trio of actors set to play Klingons on the series

Perhaps the most interesting thing about this announcement is the implication that Klingon characters will have a leading role in the series, which coupled with the mention of at least two Starfleet ships in the character profiles for the Starfleet characters, might suggest a very varied multi-ship/location setting for the new series.

As with the previous announcement, CBS have released short descriptions for each character, giving us a glimpse of the setting of the series: 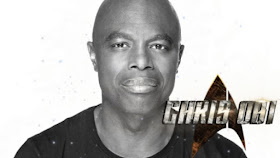 Chris Obi will star as “T'Kuvma,” the Klingon leader seeking to unite the Klingon houses.

Obi has many guest roles in TV series under his belt, plus a few film roles, appearing in episodes of Doctor Who, Atlantis, and many more. Recently he has a recurring role in the forthcoming American Gods (which just so happens to be a show from Discovery writer/producer Bryan Fuller). 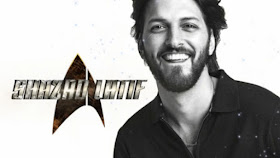 Shazad Latif will star as “Kol,” the Commanding Officer of the Klingons and protégé of T’Kuvma.

Latif also has a mix of TV and film roles under his belt, with recurring roles in many series, including Spooks, Toast of London, and Penny Dreadful. 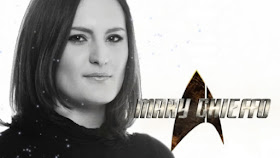 Mary Chieffo will star as “L'Rell,” the Battle Deck Commander of the Klingon ship.

Chieffo has fewer screen credits to her name, but has been busy on stage, and seems to be a Shakespeare fan, having performed in many productions, including an all-female cast production of Othello.

In other news from the series, Comic Book Resources report that set construction is expected to be completed by the end of the year, ready for the shoot to begin in January.

Meanwhile Newsweek have spoken to Bryan Fuller about his stepping down as series show-runner:


Ultimately, with my responsibilities [elsewhere], I could not do what CBS needed to have done in the time they needed it done for Star Trek. It felt like it was best for me to focus on landing the plane with American Gods and making sure that was delivered in as elegant and sophisticated a fashion as I could possibly do.

Fuller described the situation as bittersweet, and also noted he is no longer actively involved in the production:


I’m not involved in production, or postproduction, so I can only give them the material I’ve given them and hope that it is helpful for them. I’m curious to see what they do with it.

His work before stepping down did shape the series however, and he certainly seems open to further involvement, stating when asked about a second season:


They have my number and if they need me I will absolutely be there for them.

Finally, Star Trek production artist John Eaves has revealed he is working on the series. In a Facebook post lamenting the passing of astronaut John Glenn he revealed there is a ship in the series named after Glenn, which will apparently be a Mercury class ship.

Star Trek: Discovery is due to start in May next year, it will be distributed almost everywhere in the world on Netflix, except for the US where is will be available on CBS All Access, and Canada where it will be on Bell Media channels and services. To keep track of all the latest details from the new show, visit my Star Trek: Discovery guide page.