Drinking vessels are one of the more prolific of Star Trek products, and lately there have been some pretty creative examples (although mostly mugs ...so so many mugs). Continue below for a look at the latest releases:

From ThinkGeek, we have a set of "planetary glassware", released back in July. The set includes four ten ounce glasses decorated to look like Earth, Vulcan, Romulus, and Qo'noS, plus a Borg Cube shot glass. 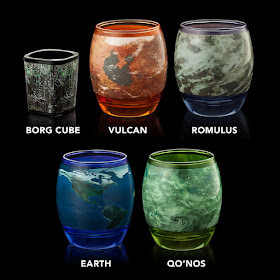 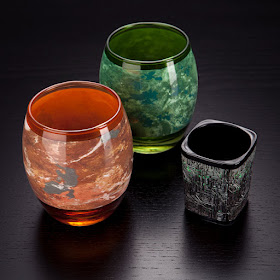 From The Coop we have a Klingon-style mug. The twenty-two ounce steel mug, released in October, even comes with a recipe card to make blood wine. 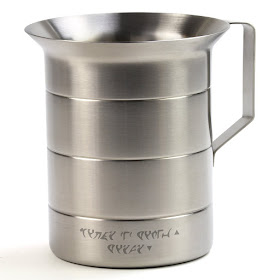 Also from The Coop in October, is a twelve ounce heat-changing mug, which reveals a pile of tribbles behind Kirk when warm.

The Unemployed Philosophers Guild have also played with the heat change effect, and have a double transporter design, with one side featuring the transporter room, and the other a planet. This fourteen ounce mug was released in May.

Icup offers us Spock's head to drink from, which can hold fourteen ounces. He was released in September. 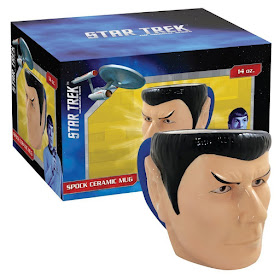 Also offering a novelty shape is Just Funky, who have a raised relief of the USS Enterprise on their twenty-two ounce mug which also features a Starfleet delta handle. Another September release. 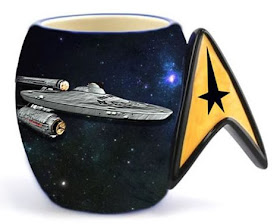 Starships also featuring on another fourteen ounce mug released last month by The Unemployed Philosophers Guild. This one has all the hero ships from the prime timeline wrapped around it. 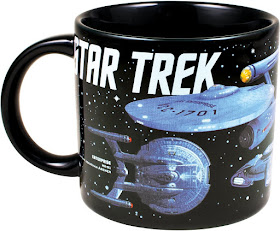 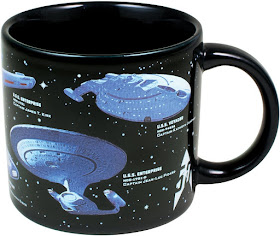 Back in July a simple presentation of Starfleet emblems came from ThinkGeek, with their collection of TNG mugs. 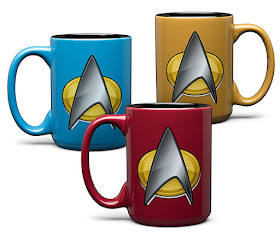 A large twenty-five ounce stein was released by ThinkGeek in August, which features a DS9/Voyager style combadge.

And finally, for the acting ensign among the crew, ThinkGeek also recently released a Wesley Crusher styled travel cup, which holds sixteen ounces. 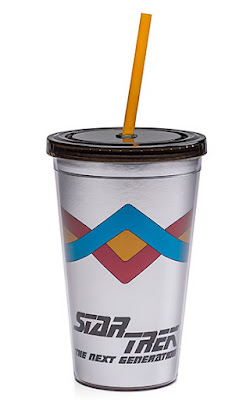