The new Air Hogs remote controlled USS Enterprise-A quadcopter from Spin Master is available now. The rather ingeniously designed model uses a hollowed out version of the saucer section to house the propellers inside. It also feature light and sound functions. Continue after the jump for more images and a video of it in action. 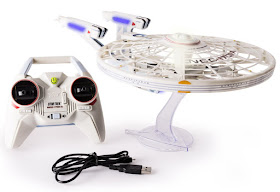 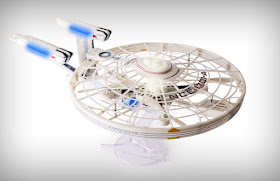 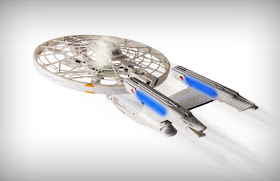 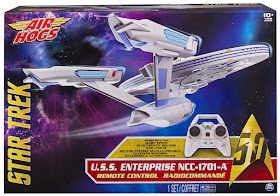 Here's some snazzy renderings too: 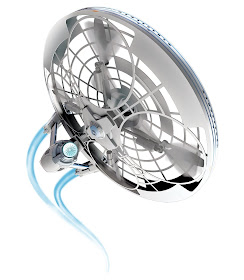 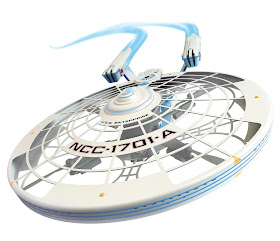 This is just the latest, and probably most precisely controllable, flying Star Trek starship model. I've compiled a Trek Collective List of the previous efforts, which including frisbees, remote control and hand thrown gliders, balloons, and rockets!

Meanwhile Paramount have got themselves a much bigger version. As part of the promotion for Star Trek Beyond they supplied Youtuber Zach King with a hug blimb version of the Enterprise 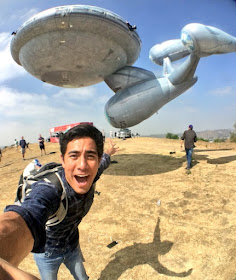 He used it to make this quite surreal video.