Star Trek for your desk

If your office lacking that dash of final frontier? Your desk just not going boldly enough? Well continue below for a look through the latest Star Trek stuff to spruce up your home office, including all sorts of gadgets, bookmarks, and magnets.

But first, paper weights! Icon Heroes' latest creations are Kirk and Spock statue paper weights. Captain Kirk is seven-and-a-half inches tall, while Spock is almost eight. Made of resin, they should arrive in October. 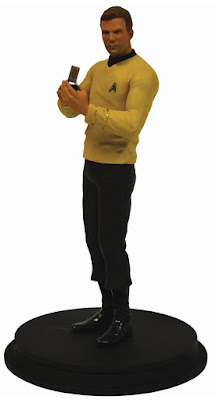 Coming in August from the Star Trek Shop, there is an LED light-up rendition of the USS Enterprise. It runs on batteries or by USB, and can switch between multiple colours! 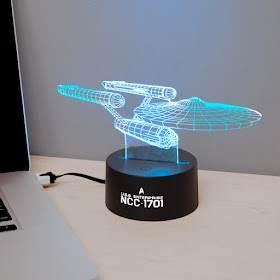 Another version of Kirk and Spock are coming from Massive Audio, and these ones work as bluetooth speakers. They also have built in microphones, so you could even make phone calls by, uh, talking to them... And, they both have a button which will play character quote sound-clips. Entertainment Earth is expecting these to arrive in August, and according to Massive Audio there are more characters to follow in the range. 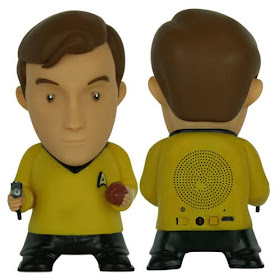 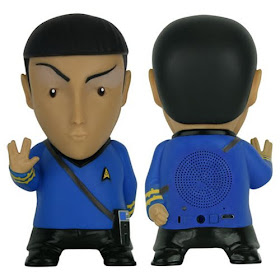 Ugly Dolls return to the Star Trek world with a new Wage as Captain Kirk MimoPowerTube from Mimoco. The USB backup battery provides 2600mAh for devices of your choice. 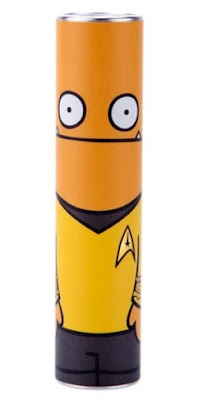 There's a larger selection of characters available in That Company Called If's range of magnetic bookmarks. (Thanks to Carwyn John for pointing me towards these) 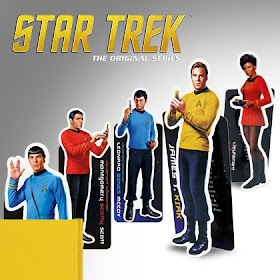 And if you don't fancy a member of the crew pocking out of your book, there's also a metal clip-style delta bookmark: 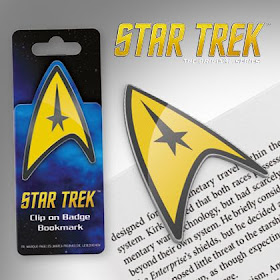 Finally, for decorating any metal surfaces you have around, Aquarius have a big range of chunky magnets, including characters with quotes, a Gorn, and a Starfleet Command logo. 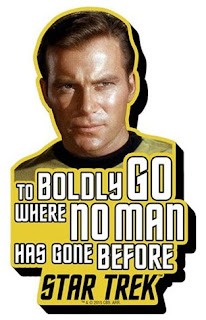 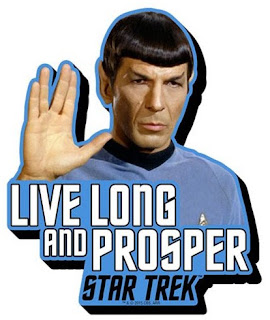 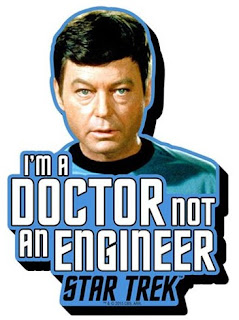 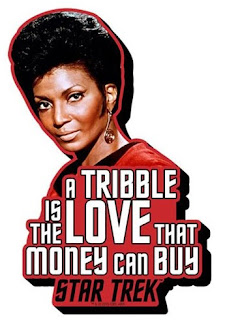 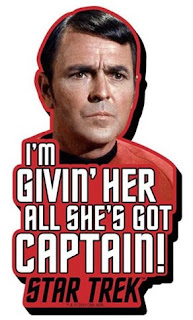 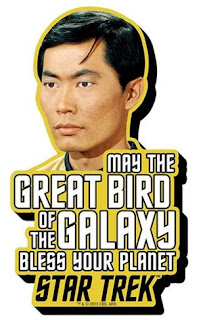 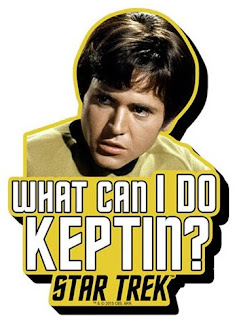 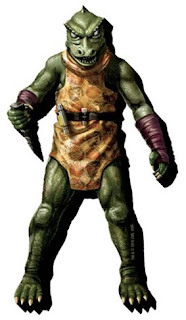