Mattel have announced a new range of Star Trek Barbies. Due to arrive in June are three TOS characters in Barbie form: Uhura, Kirk, and Spock. 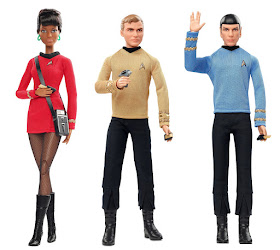 I think Uhura has made the transition into the Barbie style especially well. Continue below for a closer look at all three. The Barbie website has a nice set of photos of each doll on a Barbie-scale bridge, including these charming shots: 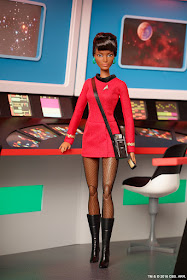 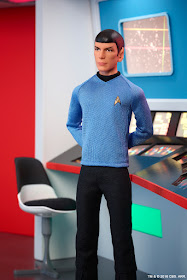 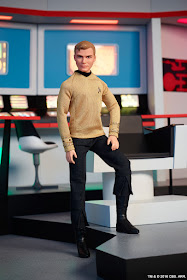 Target also has the range up for pre-order and has it's own collection of photos, including these close-ups of the faces: 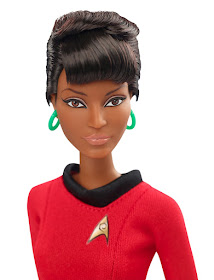 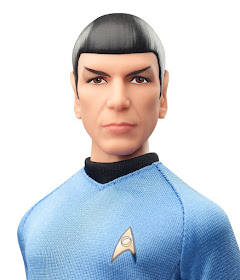 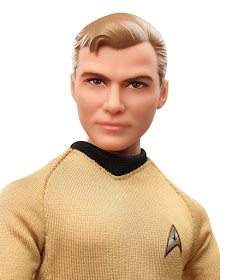 And these shots of the packaging, which use a version of the standard higher end Star Trek packaging design, with the fiftieth anniversary logo prominently above each character. 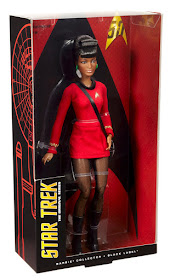 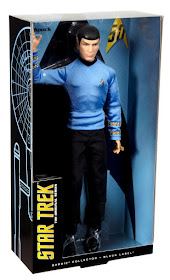 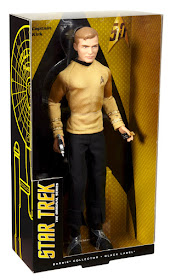 These are the third time Barbie dolls have got the Star Trek treatment. Alternate timeline versions of the same three characters were released along side the first nuTrek movie in 2009, and Barbie and Ken themselves were issued Starfleet uniforms for a thirtieth anniversary set. See my Star Trek Barbies Trek Collective List for the details of each release.