This year Mega Bloks have a new range of Star Trek construction sets coming out, and while not officially expected until later in the year, they have been sneaking out early. Two more sets have now joined those that are already in the wild, and once again that means lots of pictures have been released. Continue below to have a look.

The latest two sets are the smallest in the range, both essentially figure packs, ideal for building up armies of (in this case) red shirts and Klingons. The red shirt set is based on The City on the Edge of Forever, and includes Kirk and McCoy as well as two generic red shirts, and a brick built Guardian of Forever: 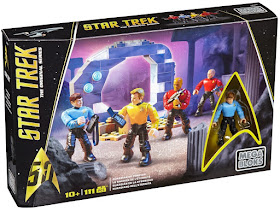 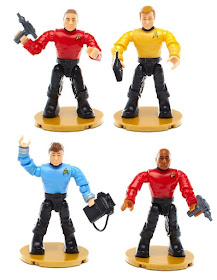 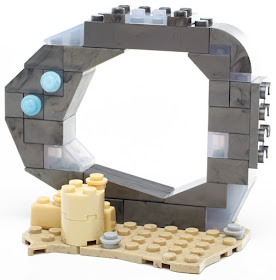 The Klingon focused set is based on Day of the Dove, and includes Scotty and Chekov, as well as two Klingons and an engineering console: 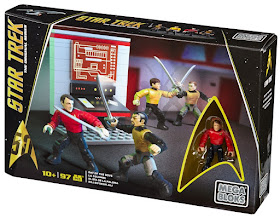 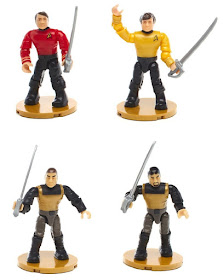 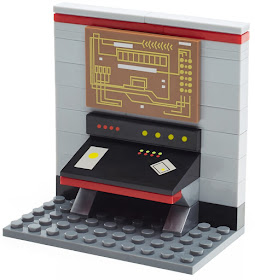 If you fancy more Klingons, the box are the the Klingon D7 set has also been released now: 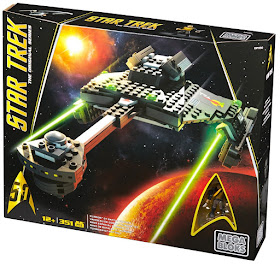 In fact, with these two most recent sets now out, that leaves just one set to go in the initial TOS range; the huge and rather impressive model of the USS Enterprise, which you can get a taste of in this trailer:

To check out the entire Mega Bloks Star Trek range, make your way to my Trek Collective List.