Out now is Star Trek: Gold Key Archives, Volume 5, the latest in IDW's reprints of the first ever Star Trek comics series, featuring beautifully restored artwork, bringing these stories to life better than they've ever looked.

Unusually for the series, this book will be available in two covers. The regular retail version features new artwork by Michael Stribling, while a convention exclusive cover sees the 50th anniversary logo superimposed over the covers of the stories within. 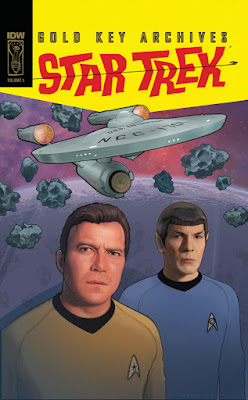 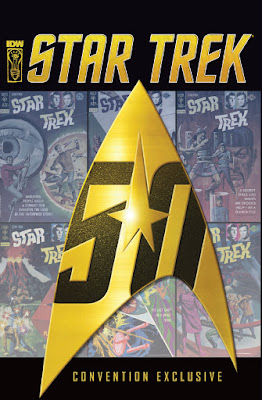 As the contents page lists, this volume contains six stories, the original issues 25-28, and 30-31. The missing issue is because that were originally a reprint issue, and so has already been collected in previous volumes of the collection. Reprinted issues in the series did feature new cover artwork, and that is collected in this book too. Continue below for a preview from the first story in the book, Dwarf Planet. 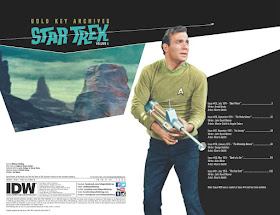 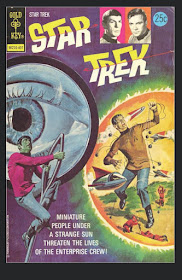 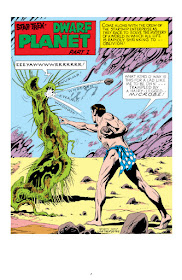 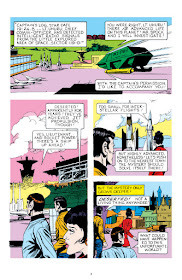 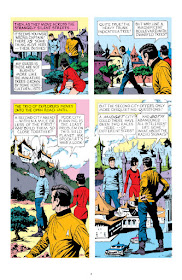 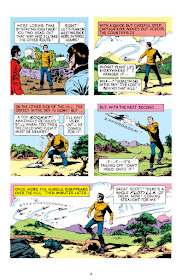 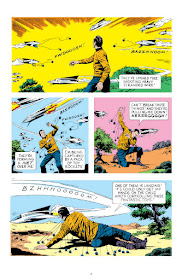 And finally, here's the back cover. 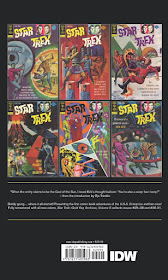 Gold Key Archives, Volume 5 is available now. And Amazon also now have listings for Volume 6, which they expect to arrive in October. Here's the blurb:


Boldly going… where it all started! Presenting the first comic book adventures of the U.S.S. Enterprise and her crew! Fully remastered with new colors, volume 6 collects issues #32–34, #36, and #38–39, (the omitted issues being reprints) including stories "The Animal People," "The Choice," "The Psychocrystals," "A Bomb in Time," "One of Our Captains is Missing," and "Prophet of Peace."

You can have a look back through what featured in all the previous books in the series, in my reading list on Trek Collective Lists.