Trek for the neck: Latest jewellery and accessories

I have a multitude of new ways to proclaim your trekkieness at neck level to share today, including new jewellery and a bow tie!

First up, fresh from the forges at Quantum Mechanix is a new Star Trek friendship necklace set, inspired by The Wrath of Khan. The delta, which splits down the middle, features the phrase "I have been and always shall be your friend". When brought together the two halves are magnetically attracted to reunite the full delta. 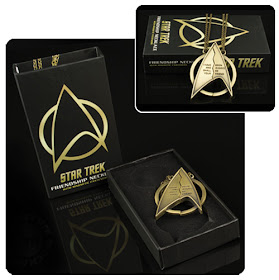 Unusually this QMx product has first shown up on Entertainment Earth, who expect to have it in stock from May. In fact a few early versions of these are already in the wild, as first run sample versions, in less fancy packaging, were sent to subscribers of one of January's Loot Crates - My Subscription Addiction's review gives us this closer look at the pendants: 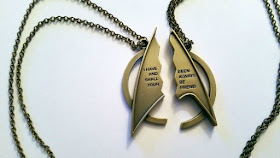 Meanwhile RockLove have returned to Star Trek (following their 2014 jewellery range), with a new silver bead, available exclusively from ThinkGeek. This design is also influenced by Spock, with the five sides featuring the acronym for "live long and propser" as well as the Vulcan hand sign. 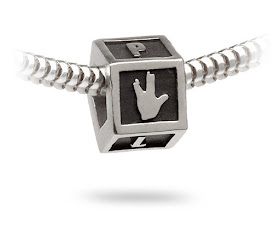 Finally, if you just want to make a statement, how about a Star Trek bow-tie? This one comes from Just Funky, and Entertainment Earth expect to have it in tock from March. 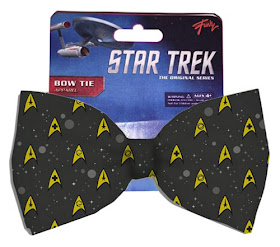