Well here's something a bit interesting: Roddenberry's Mission Log podcast has recently done an episode focusing on TNG Borg episodes, The Best of Both Worlds. To support that they have posted a couple of memos sent by Michael Piller and Ron Moore, discussing how to resolve what we now know as a two-parter. Only back then they had plans to make it a three or even four part arc, with the story seeing the Borg starting to assimilate Earth, and Riker remaining in a command position for longer, and leading the resistance to the Borg occupation! 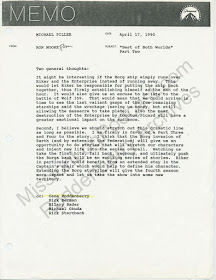 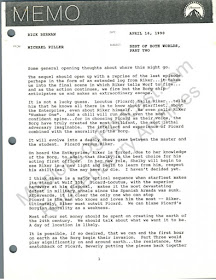 I'm kind of glad they did keep it to two episodes; the effort to stop the Borg getting as far as starting to assimilate Earth is a pretty neatly constrained story. But it's fascinating to think what could have been, and how much longer arcs could have come to Star Trek years before they came to that format in later series. 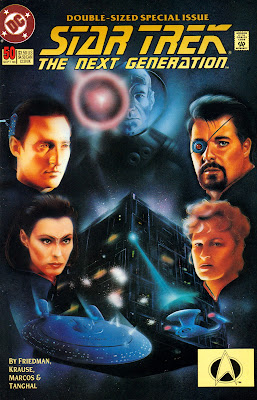 This sort of story was eventually told too anyway, in The Worst of Both Worlds, a four-part arc in DC Comics' TNG comic series. In that story the Enterprise-D crew and pulled into an alternate timeline where the Borg did indeed start to assimilate Earth, and eventually help the alternate Enterprise-D finally stop the Borg, some years after their initial attack! If you're curious, IDW reprinted the whole story in their Best of the Borg omnibus a few years ago.