Ships from before the Battle of Wolf 359

Star Trek production artist Rick Sternbach provided a real treat for starships fans this week when he posted on Facebook some amazing photos of the kit-bashed miniatures used for the ships seen wrecked after the Battle of Wolf 359 in TNG's The Best of Both Worlds. Better yet, these images are of the models before the art department turned them into wrecks, as Sternbach described:


Discovered while looking for images from COSMOS in 1979, pawing through boxes of thousands of 35mm slides (remember film?). Apparently I/we shot a few dozen pix of the poor ships from Best of Both Worlds on ST:TNG. Models made from AMT/Ertl kits of different scales, plus bits like highlighter markers and other plastic chunks. IIRC we then took Dremel grinders and X-Acto saws to them and added some airbrush burn damage.

He has posted four images out of those tantalising dozens so far, giving us rare views of the New Orleans class USS Kyushu, Cheyenne class USS Ahwahnee, and the Springfield class USS Chekov: 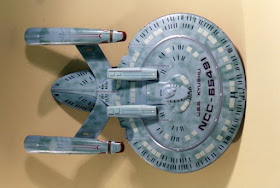 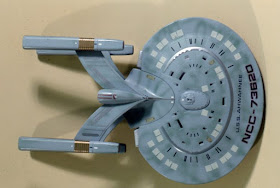 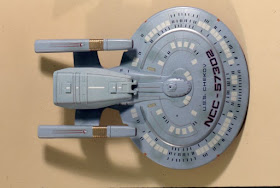 UPDATE: Rick has posted another four images, this time featuring the proto-Nebula class USS Melbourne, and the Challenger class USS Buran. It looks like this might be it for now, as Rick notes:


That's pretty much it for the BOBW ships that I've got here. The poor Melbourne (the Nebula precursor) and the Buran. There are a couple of other angles, but the exposures were awful and they don't respond terribly well to Photoshop or Pixelmator. 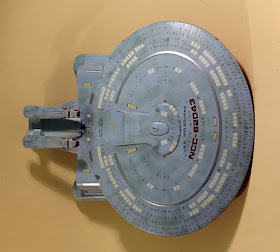 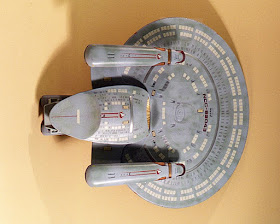 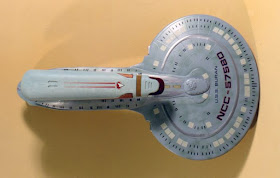 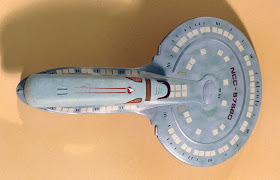 It's a shame none of these ever got more screen-time in the TNG era, I find what in-universe is a barely seen era of Starfleet design fascinating, and the New Orleans and Cheyenne are among my very favourite starship designs too. Thankfully they will be getting their moment of glory in the not to distant future, as there are plans for some of the Wolf 359 ships to be included in Eaglemoss' Star Trek: The Official Starships Collection.

Keep your eyes on Rick Sternbach's Facebook, hopefully there will be more photos from the archives. If you're interested in behind-the-scenes stuff, Rick also sells reproductions of his artwork, including quite extensive documents detailing many of the ships he has worked on, available on eBay.