Wobbling whales with a spring in their tails

Entertainment Earth have revealed the first of their 2015 San Diego Comic Con exclusives, and they're going to make sure trekkies have a whale of a time, with the new George and Gracie bobble-heads - Or more accurately, bobble-tails. Recreating the scene from The Voyage Home, the pair of humpback whales are joined by a little swimming Spock too. These will be available in a rather curious edition of one-thousand-nine-hundred-and-ninety-eight, and as is always the case with Entertainment Earth's Comic Con exclusives, while they will be available first at the event, in July, any remaining will be dispatched to those who order online. 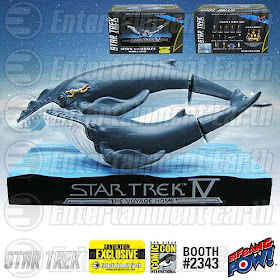 In other wobbly news, Bif Bang Pow also have a TOS phaser on the way, joining their smaller scale Monitor Mate range of bobbling things. You can check that out after the jump, and will be able to get one yourself, from Entertainment Earth, in August. 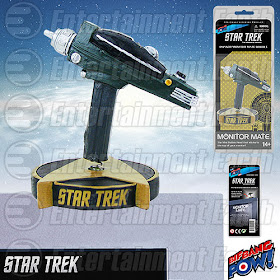