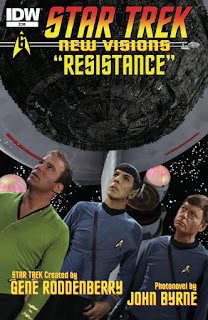 There are two new Star Trek comics on the shelves this week, and in fact it's almost three, as one of those is the latest double-length photo-comic in John Byrne's New Visions series. Issue six, Resistance, features a familiar alien opponent not so well known to the 23rd century crew of the Enterprise - The title (and cover!) might give you a slight hint!

IDW have unusually picked out not just the first few pages (three this time), but also thirteen to fifteen, to tempt you with for this story. Continue below for those preview pages, plus the latest behind-the-scenes from the series. 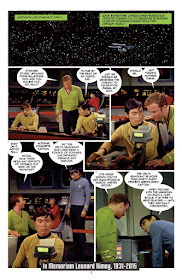 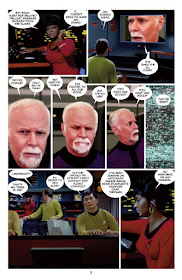 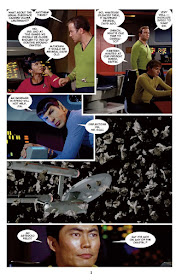 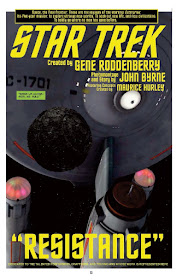 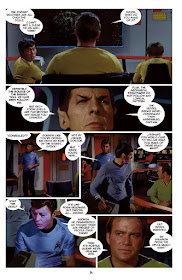 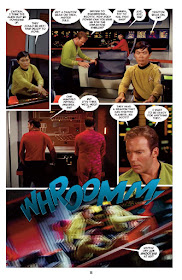 Meanwhile, you can get a glimpse further into the future of the series on John Byrne's forums, where he regularly posts work in progress, previews, and other behind-the-scenes insights from the series. In fact if you read back through the now more than one-hundred pages of the thread, you can see how the series came to be from its first inception.

Some of the most recent posts include previews from forthcoming issues; this is from issue seven, 1971/4860.2, which will guest star Gary Seven: 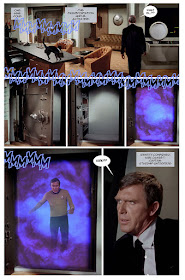 And this is a preview from the Gold Key inspired story on the way, Eye of the Beholder: 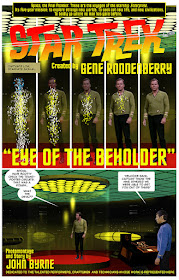 Byrne also posts lots of images showing his process in the series, explicitly so in this sequence which shows how he made one page:


For those interested, here's a spoiler free look at the construction of a page from the issue upon which I am currently working. I'll note that the first layer was created as a separate file, with the transporting figures added, and then the whole thing brought to this page. Normally, the figures would be a layer unto themselves. The panel borders will be added as a final step, after the addition of the missing figure in Pnl 3.

Virtual sets have become an important feature the series, allowing Byrne to create settings he wouldn't otherwise be able to source from the TV series. Here is one such environment coming in a future issue: 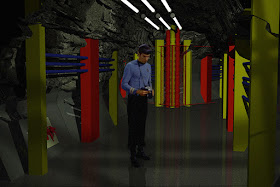 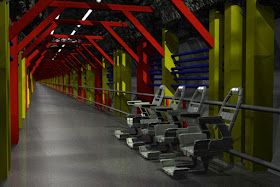 And here a slightly more finished look at the set in action, this scene is still missing another character with whom Spock is talking: 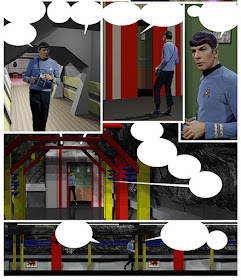 This virtual set is for an obscure bit of the Enterprise, the first image here shows Byrne's initial concept, which drew inspiration from some of the new sets seen on the Defiant in Enterprise's In a Mirror, Darkly, the second is a later iteration. 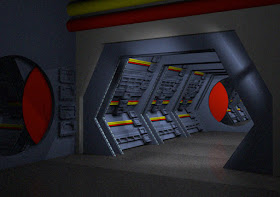 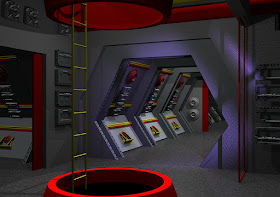 Finally in the recent highlights, here's a new shuttle design, again with first and later versions of the design:


Tinkering with a civilian shuttlecraft for an upcoming story.

Going for a kind of Jeep analogy -- civilian vehicles based on military designs. 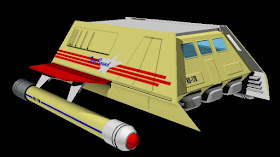 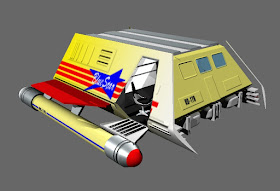 You can see much more on John Byrne's forums. Meanwhile, to keep track of all the latest Star Trek comic releases, hit the comics button on my 2015 schedule page.