Comic bits: February previews, behind the scenes, and international releases

IDW have released their solicitations for February, which include three Star Trek releases. Check out the details of all those, plus some other Star Trek comics news, continuing below after the jump:

Star Trek/Planet of the Apes: The Primate Directive #3
Written by Scott and David Tipton. Art by Rachael Stott.


It's the battle for the ages! Taylor has escaped the Planet of the Apes, and Captain Kirk must bring him back! Plus, the Klingon/Gorilla alliance makes its move against Dr. Zaius and Ape City!

The cover is by Rachael Stott, subscription cover by Kevin Wada, and variant Gold key style photo-cover (the latter hasn't been released yet). 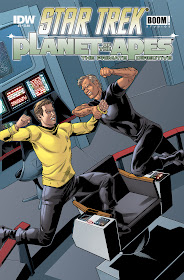 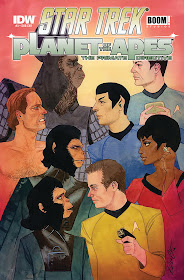 
In the epic finale of "Behemoth", the crew of the Enterprise faces an alien threat unlike any they have encountered before - in any timeline! It's a race against time to save the ship or be stranded in uncharted space! Don't miss this all-new adventure overseen by STAR TREK writer/producer Roberto Orci, director of the new movie! 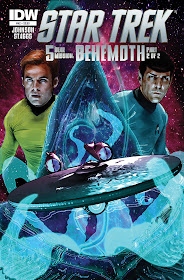 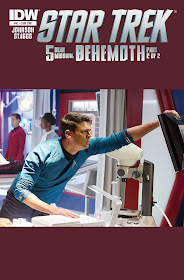 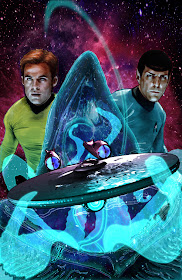 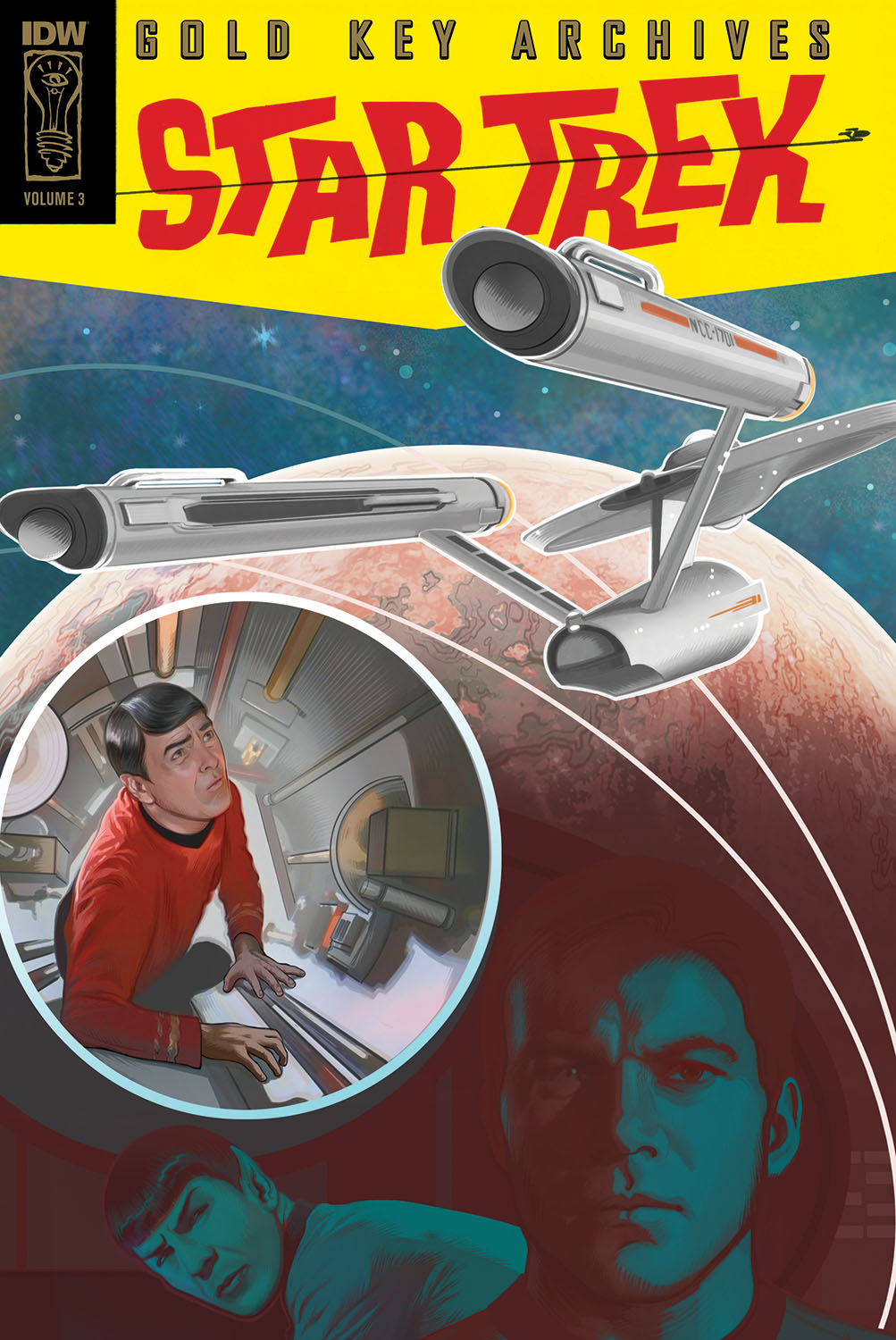 
Boldly going… where it all started! Presenting the first comic book adventures of the U.S.S. Enterprise and her crew! Fully re-mastered with new colors, including stories such as "Dark Traveler," "The Enterprise Mutiny," "The Hijacked Planet," and more.


John Byrne's New Visions is also due another issue in February, however it is missing from the solicitations, so perhaps the bimonthly releases have slipped a little for this issue. Never the less, Byrne is hard at work on photo-comic series. He has posted numerous samples, experiments, and work in progress images on his forums recently - Always worth checking out if you're interested in the making of comics.

Those previews include two pages from the sixth issue in the series, Resistance, which will feature the Borg! It's not been revealed yet how the TOS crew will happen to encounter the Borg, although Byrne is taking TOS's liberal approach to distances to heart, with the sample pages below mentioning the Enterprise is in the Delta Quadrant, so that will help! Whatever the mechanism is CBS has apparently been encouraging:


I'm satisfied I met all the challenges I set for myself with this one, and the Keepers of Trek at CBS called it "clever," so I think we're good!! 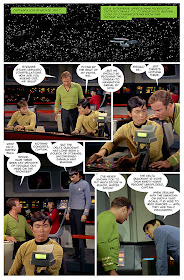 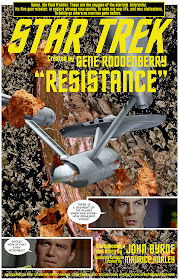 This wont be the first time Kirk and the gang have encountered the Borg, they event contributed to their creation last time crossed paths in comic form, in the first Star Trek manga book.

If you want more behind the scenes info, then you should also listen to the recent episode of The Holodeck podcast, which had cover artist Paul Shipper on, talking about his work on the covers for the Khan and City on the Edge of Forever series, and his general work and technique. It's a really good in depth discussion! He also mentioned he has some more Star Trek work coming up, but didn't reveal more than that.

Finally, news from foreign lands! German publisher Cross Cult recently revealed on their Star Trek books Facebook page that they plan to release a German translation of the Star Trek/Planet of the Apes crossover, which they expect to have out in the summer of 2015 (about the same time the omnibus of the series should be out in the US, which is pretty speedy!). 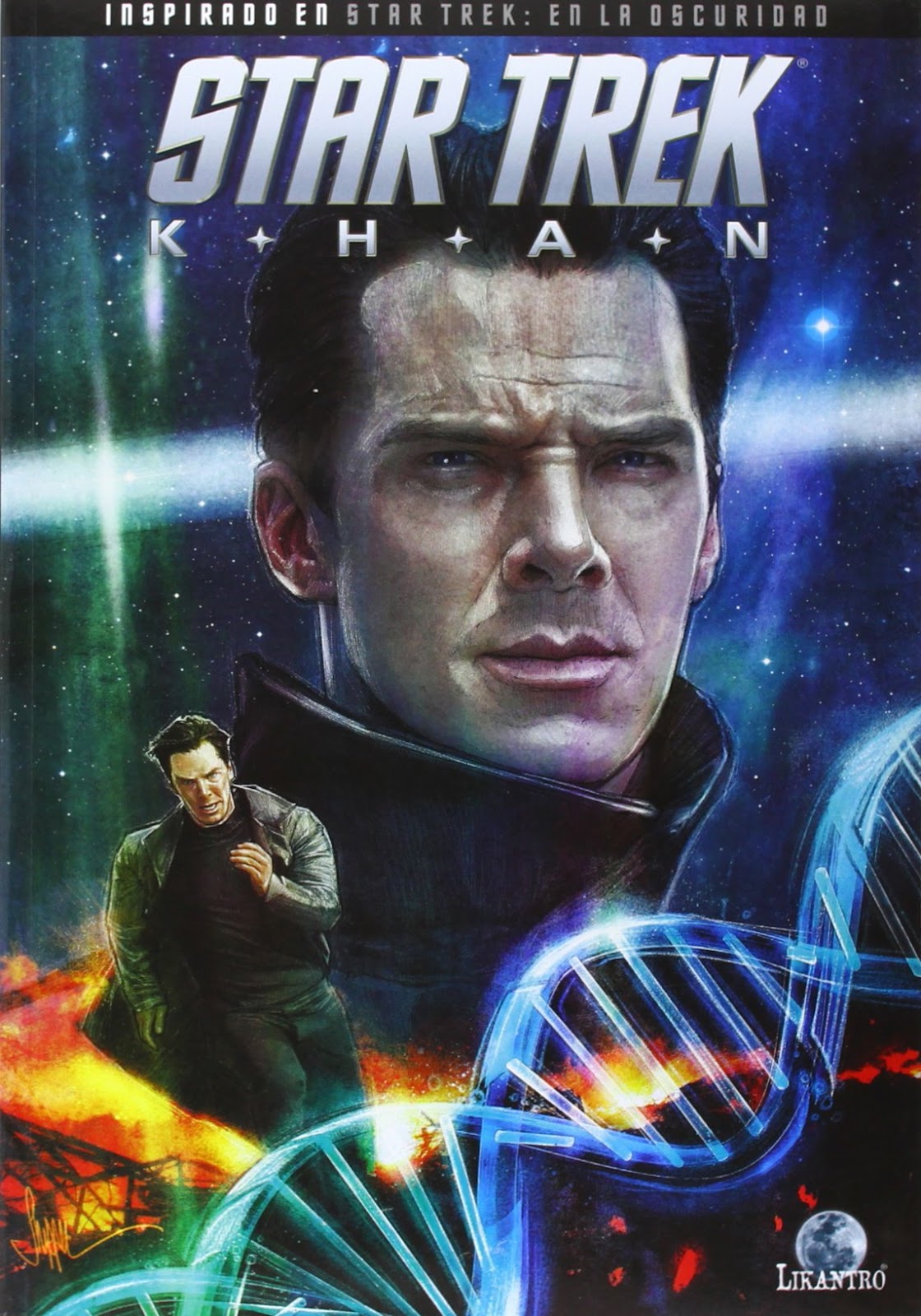 Meanwhile I just belated discovered there is a Spanish publisher also putting our comic book translations. Drakul have so far released five omnibus books, all titles linked to nuTrek. The most recent is the Khan prequel series, which came out in July this year. Before that they had already published Spanish versions of Countdown (Countdown), Nero (Nero), Spock: Reflections (Las Reflexiones De Spock), and Countdown to Darkness (Hacia La Oscuridad).

For listings of all the latest Star Trek comics, hit the comics button on my 2014 and 2015 schedule pages, where you'll also find links to all my previous coverage.