IDW have released their December solicitations, which include three new Star Trek comics, plus an omnibus book. Continue below for a look at the start of one series, the end of another, and everything else coming at the end of the year:

Star Trek/Planet of the Apes: The Primate Directive #1
The first of a new five-part crossover series. Written by Scott and David Tipton, with art by Rachael Stott.


It's the crossover nobody ever expected! STAR TREK: The hope for the best of mankind's future! PLANET OF THE APES: A chilling look at the fall of humanity! How could these worlds possibly collide? What could possibly cause Captain Kirk and the crew of the Enterprise to side with Dr. Zaius to protect Ape City? And what does Colonel George Taylor have to say about it? It's a madhouse! A madhouse!!

There will be no less than six different covers for this first issue in the series! The regular covers come from Rachael Stott and Juan Ortiz. There will be a subscription variant by George Perez, and several other retail incentive covers; one by variant cover by Tone Rodriquez, sketch version of the Perez cover, and a blank sketch cover (so you can get an appropriate artist to give you a bespoke cover when the opportunity arises). IDW have so far released four of the six, the Stott, Rodriquez, and Perez (regular and sketch) designs.

Continue after the jump for the rest of the covers and other December releases: 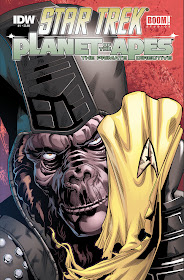 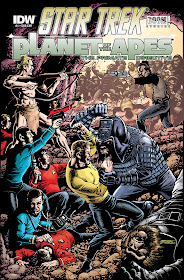 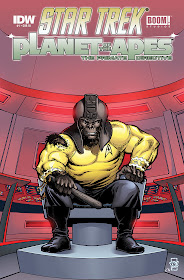 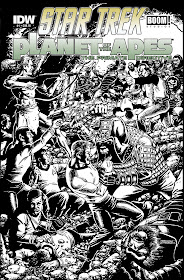 New Visions #4: Made Out of Mudd
The latest double length photo-comic from John Byrne.


John Byrne continues his new Star Trek photonovel adventures with “Made Out of Mudd” – Harry Mudd has gotten under Jim Kirk's skin before, but never quite like this… alien artifacts, Klingons, and a mad man's schemes add up to headaches for the Captain and his crew. All that, plus Tribbles!! 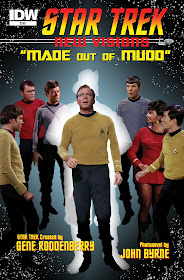 StarTrek.com have already posted preview pages from this, giving us the first couple of pages of both the main story, Made out of Mudd, and the secondary story, The Great Tribble Hunt. 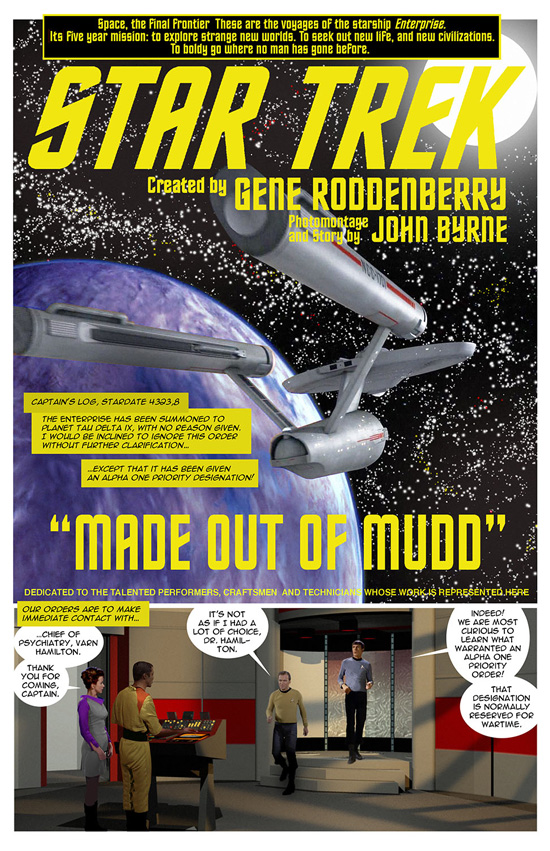 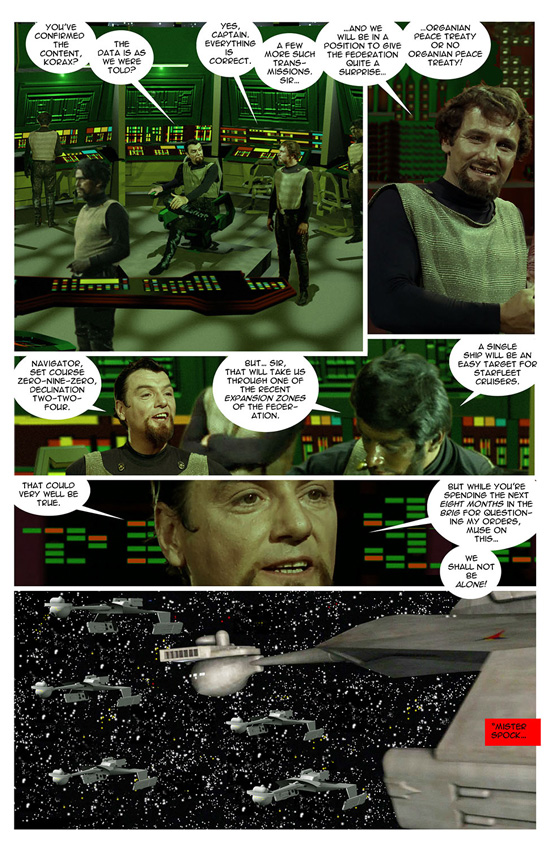 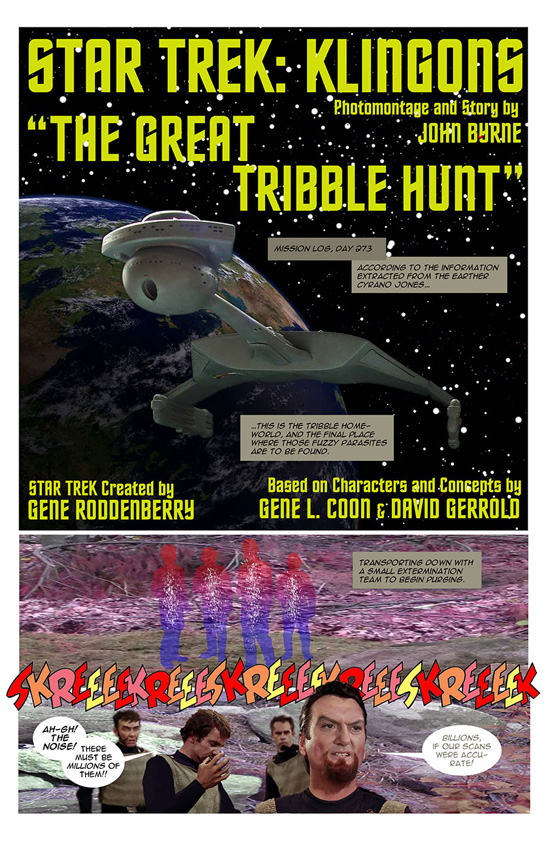 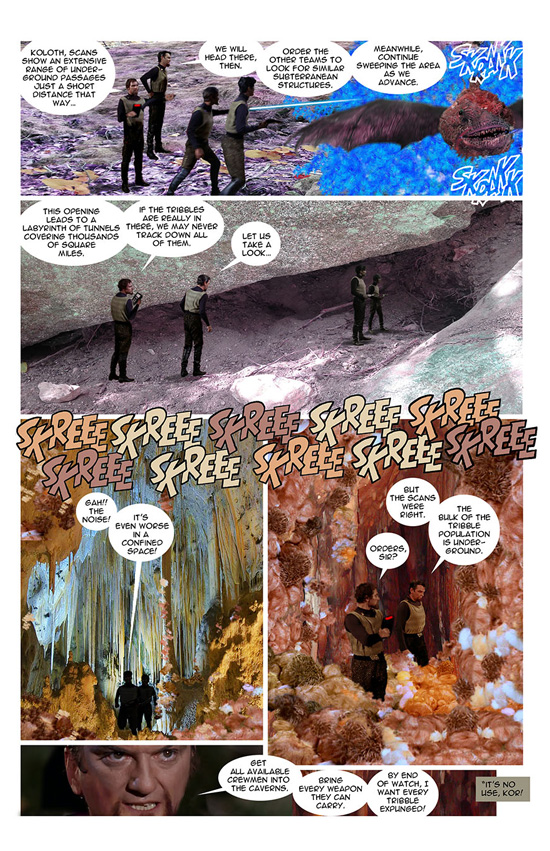 Star Trek (nuTrek ongoing) #40: The Q Gambit #6
The final part of the six-part DS9 crossover. Written by Mike Johnson, with art and cover by Tony Shasteen, or a subscription variant photo cover.


It's the epic finale of "The Q Gambit"! The fate of the past, present and future are at stake as Kirk, Sisko and Spock face off with the mad Cardassian Dukat... and discover the secret behind Q's machinations in their timeline! Don't miss this climactic chapter in the STAR TREK event of 2014, produced in association with TREK writer/producer Roberto Orci! 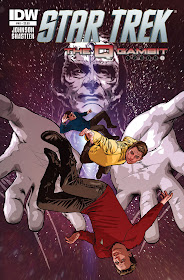 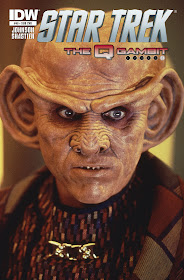 
The adventures of the Starship Enterprise continue in this set of stories that take place between the first and second movies! Featuring the new cast of the film, these issues feature re-imagined stories from the original TV series in the alternate timeline as well as brand new missions, all with creative collaboration with Star Trek writer/producer Roberto Orci. 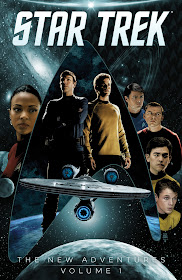