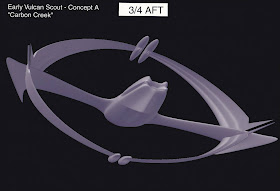 Ready for another dose of Drex Files in Exiles? This short and sweet entry looks at Doug Drexler's cool design for a Vulcan ship that didn't quite make it into the Enterprise episode Carbon Creek. As Doug explains:


I turned in a concept sketch of a Vulcan scout ship for the Enterprise episode, "Carbon Creek". That show was a favorite of mine. I found it really touching. So outside the box.

The rescue ship was described as built to go fast. I wanted it to look like it was moving, even when standing still. A sports car. It didn't get used, but I like it anyway! 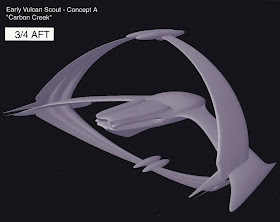 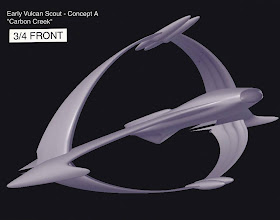 We'll be back soon with the next Drex Files in Exile looking at the design that was used in the final episode. Meanwhile for more Drex Files, check out our index page here on The Trek Collective. And for more from Doug, you can befriend him on Facebook, where you'll find lots more from his work on Star Trek, and more.