New listings on Amazon and Simon and Schuster's digital catalogue have revealed the first third of the 2015 Star Trek novels schedule. Following Una McCormack's DS9 novel, The Missing, in January, the February book, and first release of the new publishing year, will be John Jackson Miller's TNG/Aventine novel, Takedown. There's not a blurb for this yet, but Miller did reveal some of the themes he will be touching on in the story, focusing on Riker and Picard, in a recent interview (see my previous report for details).


The U.S.S. Enterprise under the command of Captain James T. Kirk is en route to the extreme edge of the Alpha Quadrant, and to a region known as the Vara Nebula. Its mission: to investigate why science outpost Zeta Gibraltar is not answering all Federation hailing messages. When the Enterprise arrives, a scan shows no life forms in the science station. Kirk leads a landing party and quickly discovers the reason for the strange silence—signs of a violent firefight are everywhere. Zeta Gibraltar has been completely raided. Yet there are no bodies and the entire roster of station personnel is missing… 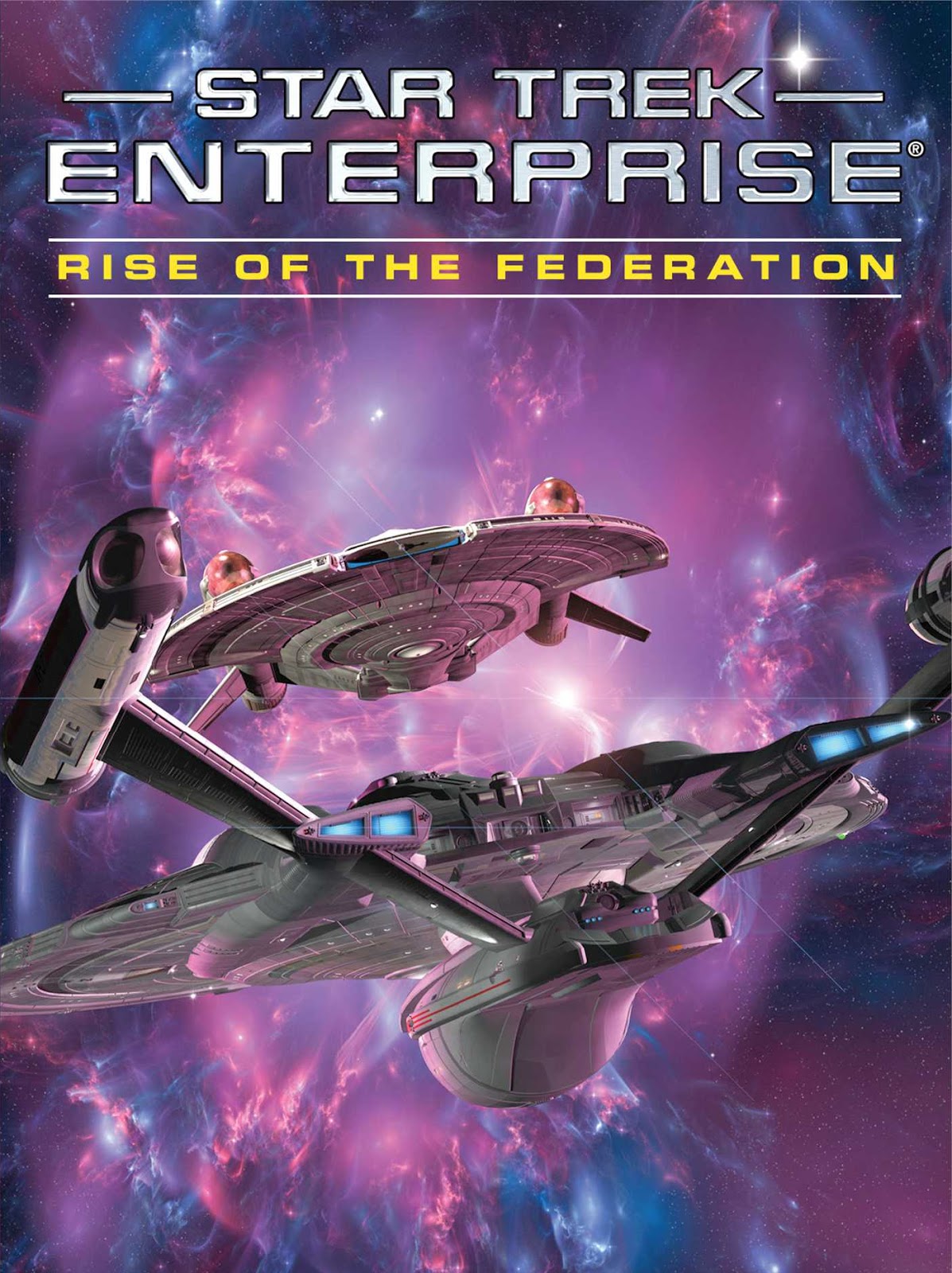 April will see Uncertain Logic, the third novel in Christopher L. Bennett's Enterprise series, Rise of the Federation. If you've read the recently released second book, Tower of Babel, you'll already have an idea what one of the plots described in the following blurb will be exploring:


Years ago, Jonathan Archer and T’Pol helped unearth the true writings of Vulcan’s great philosopher Surak, bringing forth a new era of peaceful reform on Vulcan. But when their discovery is seemingly proven to be a fraud, the scandal threatens to undo a decade of progress and return power to the old, warlike regime. Admiral Archer, Captain T’Pol, and the crew of the U.S.S. Endeavour investigate with help from their Vulcan allies, but none of them suspect the identity of the real mastermind behind the conspiracy to reconquer Vulcan—or the price they will have to pay to discover the truth.

Meanwhile, when a long-forgotten technological threat re-emerges beyond the Federation’s borders, Captain Malcolm Reed of the U.S.S. Pioneer attempts to track down its origins with help from his old friend “Trip” Tucker. But they discover that other civilizations are eager to exploit this dangerous power for their own benefit, even if the Federation must pay the price!


The crew of the U.S.S. Enterprise is completing a diplomatic mission with the Maabas, an alien race with whom they’d been sent to sign a treaty. The Maabas are a peaceful people who are not native to the star system they now inhabit, but were refugees from a great war long ago. Several hundred thousand took shelter on their new planet, and have been there for thousands of years. While they have warp capability, they do not travel the stars, but seek to explore within. The Federation’s interest is in the Maabas’s great intellectual resources. Their science, while behind Federation standards in some areas, excels in others. They are highly intelligent, with unique approaches, and their philosophy is in line with that of the Federation. But just as the pact is signed, the Enterprise is attacked by an unknown ship. They manage to show enough force to keep the alien vessel at bay…but a new danger arises, as their mysterious foes are the Kenisians—a race that used to inhabit this planet thousands of years ago, and now want it back.

Pre-order (paperback): Amazon.ca, Amazon.de, Amazon.fr, Amazon.co.jp. Pre-order (ebook): Amazon.com, Amazon.ca, Amazon.de, Amazon.fr, Amazon.es, Amazon.it, Amazon.co.jp, iTunes.
UPDATE: And one more, Simon and Schuster now list Dayton Ward's post-The Fall TNG novel, Armageddon's Arrow, which will be the June book. No blurb for this one, but Ward has previously described it as "a TNG story that's sort of TOS in flavor".

Continue after the jump for a round-up of the 2015 (and beyond) Star Trek prose schedule:

The following have been talked about by the authors, not all are contracted yet, and only the books described above have set dates, some of these may extend into 2016 releases:

To keep up to date with all the 2015 releases, see my schedule page, with all the key details and links to my previous coverage.