Due out this month is the third wave of single starship expansion packs for Wizkids' Attack Wing miniatures game. The four ships in this wave will be the Federation's USS Equinox (Nova class), the IKS Somraw (Raptor class) for the Klingons, the Romulan's IRW Gal Gaththong (Romulan bird of prey), and for the Dominion, the Jem'Hadar 4th Division Battleship. Here they all are packaged up:

Board Game Geek posted photos of the full contents with each ship, so you can get an idea of all the cards that you can get alongside the little model ship: 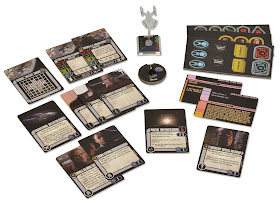 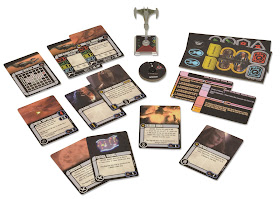 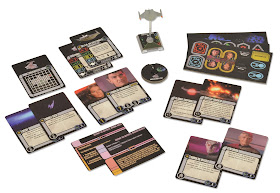 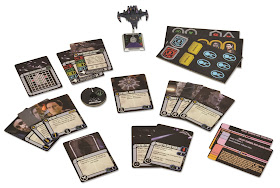 For details of the ships in the next several waves, all the way up to wave nine in October, see my previous reports here, and here.