Cryptic Studios have released a new video, highlight some of the latest new starship designs now appearing in Star Trek Online. Have a watch, for new Federation, Klingon, Romulan, Breen, and Voth ships:

Some of these ships have been introduced more recently than others, continue after the jump for a closer look at the newest designs:

Available as reward for repeatedly playing a game in Q's Winter Wonder Land (STO's Christmas theme event), is the Breen Plesh Brek class heavy raider. You can find full stats of the ship, here, and details of how to claim it, here. 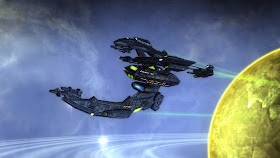 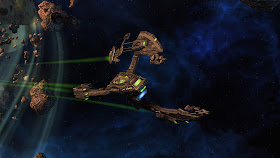 Introduced to match the previously released Federation Avenger class, is the new Klingon Mogh class battle cruiser, which in-universe was designed by a team led by Worf. In a blog detailing the design of the ship, the STO team sumarised their approach:


We wanted the new Mogh Batte Cruiser to have the same aggressive feel as the Avenger, but still feel very Klingon. So instead of being sleek, it has short, stout proportions, almost like a bulldog. There are also a lot of sharp angles, because this ship is a weapon. You can imagine a Klingon designer taking inspiration from his family’s D’k tahg when creating the Mogh. 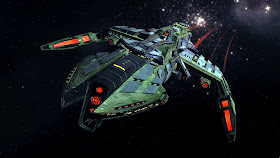 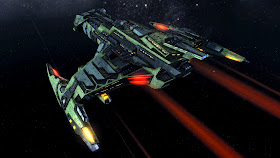 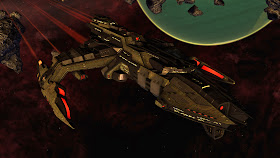 There is also a fleet variant of the Mogh class, which has straight pylons. You can find full stats of both versions of the ship, here. 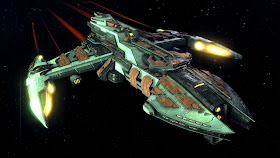 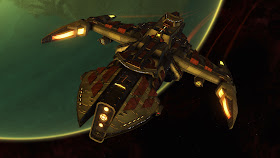 Finally there is a the Voth heavy fighter, which is available both as a fighter and non-combat "pet": 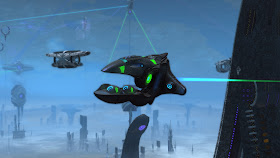 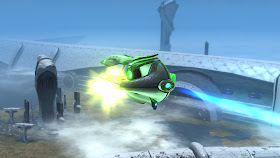 For further information on all the ships featured in the video above, check out STO's blog post.