...well, Star Trek hotel room at least. In one of the more extravagant Star Trek Into Darkness promotional efforts, Paramount have teamed up with a hotel in Brazil, to create a Star Trek suite, which will be available for the next month or so for just $670 a night (or $715 for a couple). The Sheraton Hotel in Sao Paulo features decoration and furniture based on Star Trek, including graphics of the Enterprise, more Starfleet deltas than you can shake a phaser at, and walls covered in space imagery. Those starry walls include some seven thousand crystals, and an array of LED lights which can be commanded to do a variety of effects via remote control in the room. Architect Pedro Luis Scalise's intention was apparently to make those staying in the room feel immersed in outer space 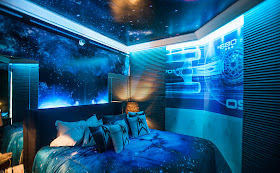 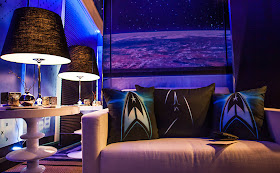 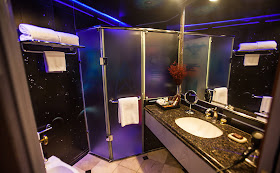 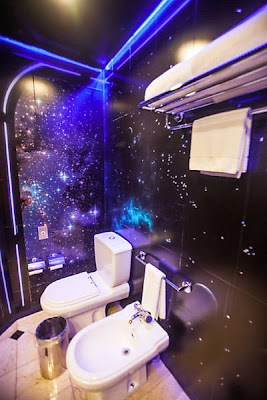 Visitors also get breakfast, access to the hotel's other facilities, and tickets to see Into Darkness thrown in too. Plus if they want a souvenir the hotel are offering some exclusive Star Trek merchandise: You can get a pair of, uh, expressive, Star Trek boots, which are offered for the bargain price of $1500. Or if you really want to show off, you can invest $10,000 in a white gold Federation/Starfleet ring, which features sapphires and diamonds in the starry face of the Federation emblem. 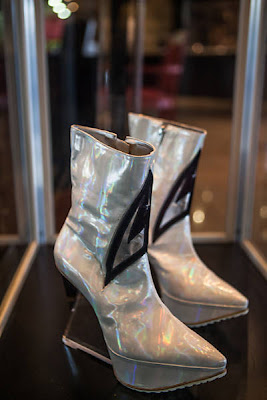 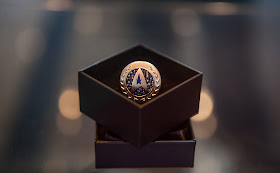 PS. You can find out about some of the other Star Trek Into Darkness promotional efforts, and everything else about the film, on my Into Darkness guide page.