Another Comic Con reveal! Launching in September, from NECA comes Skele-Treks a new Star Trek sub-brand to include figurines, cuddly toys, games, clothing and accessories. The Skele-Treks characters are inspired by representations from Mexican culture, created by Spanish artist Javi Molner, for Maya Studio. The first wave of releases will be trio of figures; Kirk, Kor, and a Borg, with more characters following later. StarTrek.com posted these images of the figures: 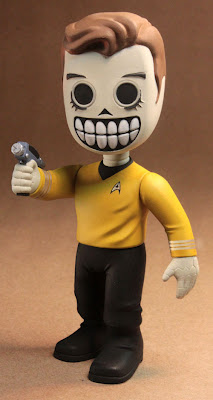 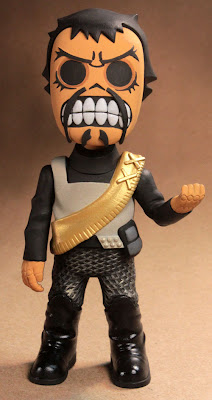 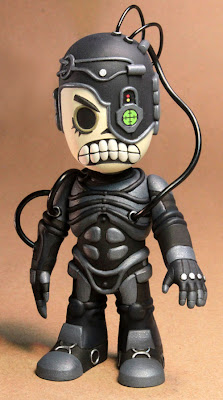 Maya Studio's website also has some illustrations showing us the look for the other characters in the series: