Amazon has posted a cover and synopsis for the forthcoming TOS bluray release, Origins. As the name implies, this single disc release highlights episodes which originated key elements form the series. The set also offers something new, in the form of introductions by Rod Roddenberry. 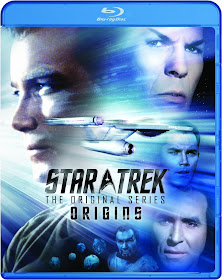 Here's the description, which lists the included episodes:


Here are the Origin episodes of the most significant characters from Star Trek: The Original Series introduced by Rod Roddenberry, son of Star Trek creator Gene Roddenberry:

• The Cage: the pilot that started it all and introduced Captain Pike and Spock.
• Where No Man Has Gone Before: the first time Captain Kirk is seen at the helm of the Enterprise.
• Space Seed: the debut of super villain, Khan.
• Errand of Mercy: the crew's first encounter with the barbaric Klingons.
• Trouble with Tribbles: the arrival of the cute, but catastrophic creatures.

Now own and witness the first appearances of these captivating characters that graced the final frontier!

Sounds like a pretty good introduction to TOS collection, especially for those who only know nuTrek, as it covers most of the important elements that have been used in the films. I've had friends ask me about getting into Star Trek, and often feel hesitant to recommend starting at the beginning of any of the series, as there are always the bad episodes mixed among this good; this seems like a pretty good way to point them straight at some good stuff. I can't believe they left out Balance of Terror though! One of the best introductory episodes in all Trek, and another ideal bit of background for nuTrek. Origins is due out in September, alongside the home video release of Into Darkness.

In other bluray news, check out this new cover for the 2009 Star Trek film, being used on the latest Japanese release of the film: 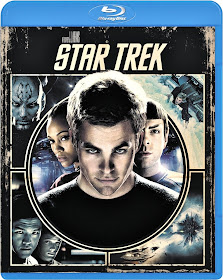