More Trek Minimates, and the latest packaging from DST

Star Trek Minimates are back this year, with the release of at least three versions of the Minimates USS Enterprise ship next month, and a new series of two-packs, Star Trek Legacy Series One, coming later in the year. In addition to the four two packs in the standard Legacy range, there will be four more sets coming exclusively to Toys'r'us, and Action Figure Insider have released the first decent images of all the figures in that range.

We have Kirk and Khan, TOS style: 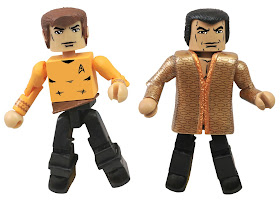 Picard and Hugh the Borg: 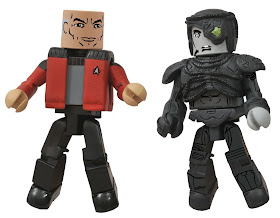 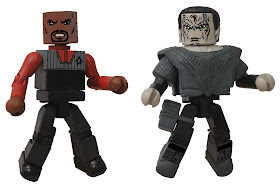 And Janeway and Seven of Nine: 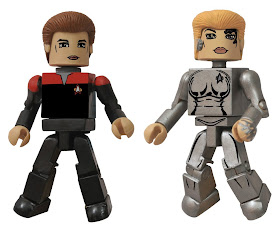 They also posted images of the packaging for these: 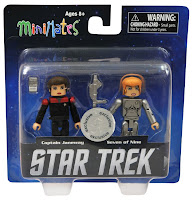 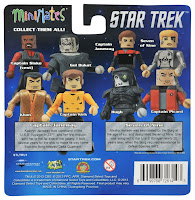 Also relaunching this year is DST's larger Star Trek action figure range, reborn in the form of Star Trek Select; where each semi-posable figure (or figures) come with diorama base, and interchangeable parts to create different actions. DST have released photos of the packaging for the first figure in the range, Spock and the Horta: 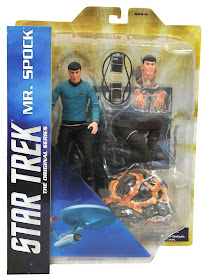 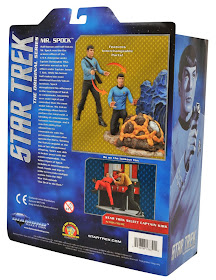 Kirk and Khan will be following shortly after Spock, with Picard and a Borg coming later in the year.