Amazon have updated their listing for Running Press' second Star Trek mini kit, model and book release (following from their phaser book and model, which has just come out). The Light-Up Starship Enterprise will be out in September, and looks like this: 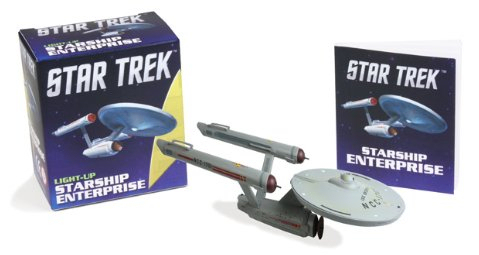 In other little ship news, Eaglemoss have emailed early subscribers to Star Trek: The Official Starship Collection, to let them know a new factory has been found to make the model ships for this new part-work magazine. So after several months delay, the magazine will be launching in August. Advanced subscribers will be getting an extra A4 poster when the series gets going again. For more on this, see my previous articles: here, here, here, and here.

If the above ships aren't little enough for you, then perhaps Neca's latest Star Trek miniatures game is more your thing. Coming in August is Attack Wing, and Neca have now announced details of the eight ships that will be released in the first wave of expansions. Those will be: