Voyages of the HMS Enterprise in new ongoing comic 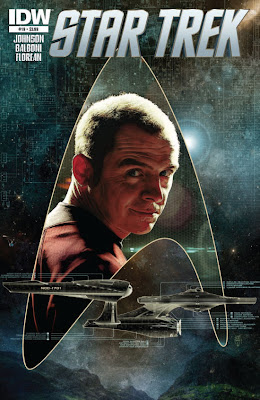 Out this week is issue nineteen of the Star Trek ongoing comic series, and this one is the Scotty origin story. StarTrek.com have posted a seven page preview, which takes us even further back into the history of the Scott clan, aboard the HMS Enterprise, before skipping ahead to Scotty's childhood. See preview below.

In some other comics news, Amazon has added a listing for a new book, titled simple Star Trek, by Mike Johnson; the author of all the nuTrek comics. There are no details about the book yet, other than a listing price of $96.86, and that it's due out in August. At that sort of price my guess is that it might be an omnibus of all the Star Trek ongoing comics to date. Volume Five of the regular omnibus series is out in July, which would time this right to get all the stories released between the 2009 film and Into Darkness in one book, and on shelves in time for the DVD/bluray release of Into Darkness. That is of course pure speculation though.

Meanwhile there's good news for French readers: A new Quebec based publisher, Éditions Héros, as sprung up. Their only online presence seems to be on Facebook for now, where they have announced they have recently acquired a catalogue of several hundred comics, which they will be releasing digitally, translated into French, from September. Among those comics is the first Countdown series - Which is in fact one of the few Star Trek comics already available in French, with the omnibus edition released by Delcourt in 2009. Hopefully more will follow from this new publisher though, as Delcourt's dribble of new Star Trek releases stopped in 2011. If you're interesting in Star Trek comics in French, check out my 8of5 Archives article on them.

Now then, shall we enjoy a flashback into the life of the Scott clan (continues after the jump): 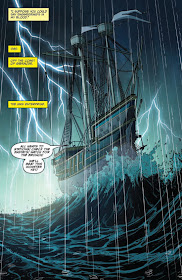 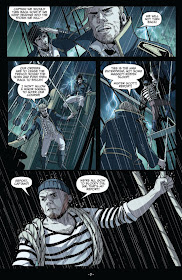 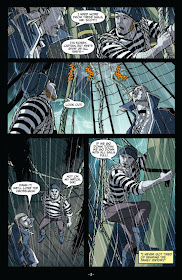 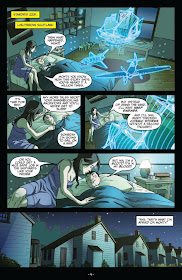 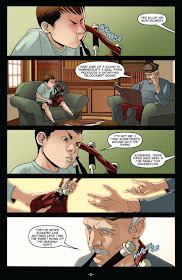 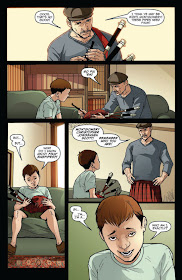 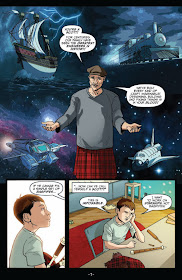