Curious new image from Into Darkness

Trek Mate report the Star Trek Into Darkness mobile app has been updated with an interesting new image. Here are Carol Marcus, Scotty, McCoy and Kirk gathered around a large device marked MC-9321 and PHOT1093. 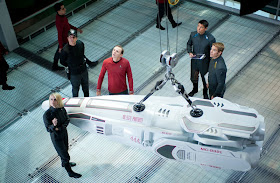 It looks sort of like a projectile to me, maybe with the propulsion coming from the round bits on the left side of the image? One might interpret the PHOT1093 marking to indicate it being a photon torpedo. Of course with Marcus involved, the obvious conclusion to jump to is that it's a new version of the Genesis Device. I rather hope it's something more original than that though. Any guesses?

UPDATE: Empire Online has also posted a couple of new images from Into Darkness, both appear to be from the Qo'noS section of the film, including a really nice look at new Klingon disruptor prop: 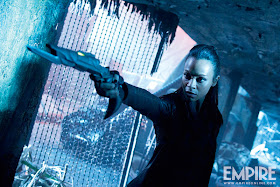 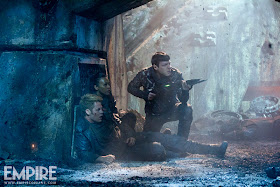