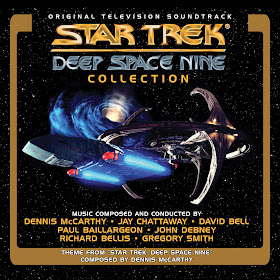 The four six set will include music from across the series. Each disc is themed: