A couple of new sculptures on the way: Hollywood Collectibles have revealed the next in their range of Star Trek statues; a 1:6 scale Captain Picard, in his command chair. A partner to the previous Kirk release. 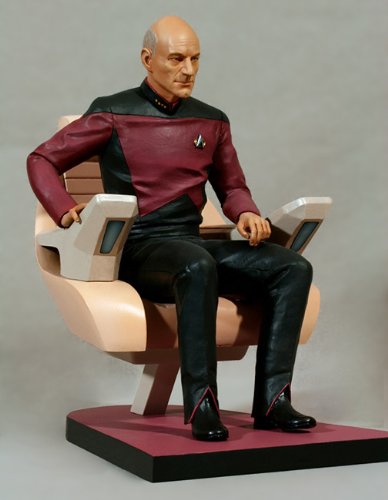 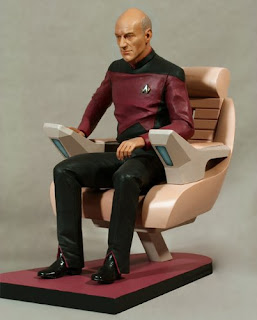 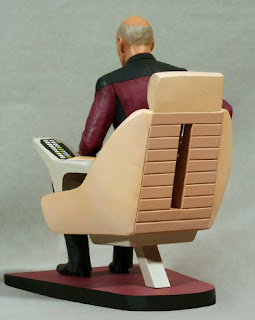 There will be 600 copies made, and he's due out in the second quarter of 2013. You can see more views of the pre-painted sculpt of this on A Piece of the Action.

Meanwhile Diamond Select Toys have announced a the first Star Trek sculpture from them in some time; with the StarTrek.com reveal of their "Femme Fatales" Seven of Nine PVC Statue. Her she is, striking a pose: 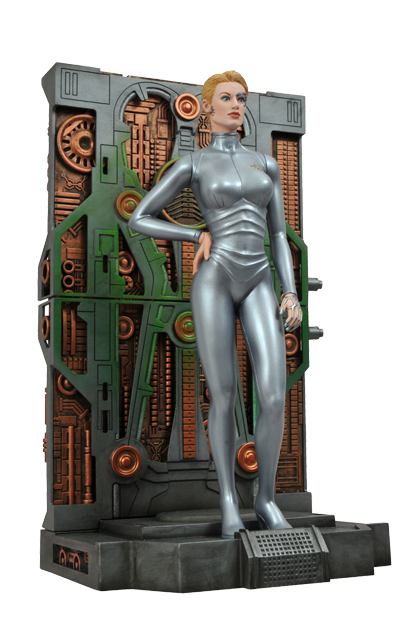 Seven is also due out in the summer.