This week sees the first half of a new two-part story in the Star Trek ongoing comic series, which will see the new timeline gang meet their mirror universe counterparts. StarTrek.com has posted a preview of this issue, which reveals, after the last few nameless stories in the series, that this one is titled "Mirrored". The cover and art also reveal a new artist for the series, with a, Fajar, drawing this issue, instead of the originally solicited series regular, Stephen Molnar. Erfan Fajar appears to be from a studio of comic artists in Jakarta, Stellar Labs; according to DeevElliot's DeviantART page other artists involved in this issue are Ifansyah and Sakti Yuwono. 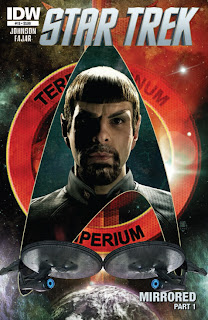 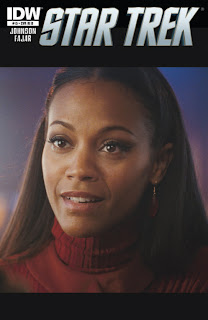 Funnily enough for this alternate alternate timeline story which opens with a discussion on alternate timelines, the first panels seem to use the classic movie era Enterprise rather than the new movie version. Something I'm willing to forgive, as quite frankly it looks awesome combined with the new-style warp effect! 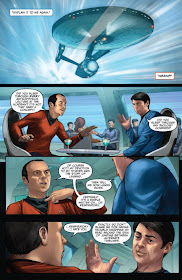 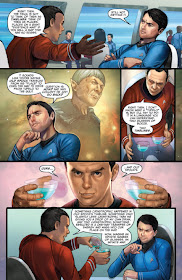 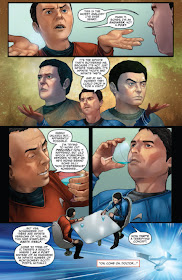 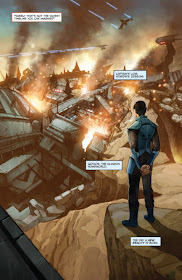 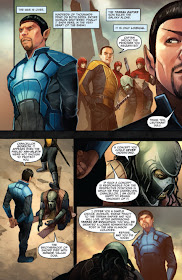 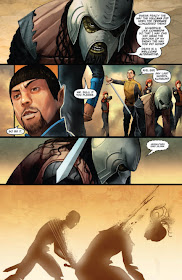 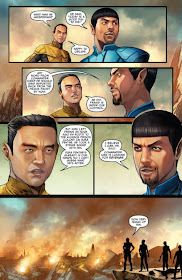