Cryptic have launched Star Trek Online's latest major update, Season 6: Under Siege. There's a big emthasis on fleets in this release, with the introduction of new fleet starbases. There's also new bad guys, in the form of the Tholians. Here's a trailer:

Alongside the new season launch is a new lock box release. This time they're Tholian themed. The highlight item avaiable in these boxes is a Tholian Orb Weaver, there are also three mirror universe ships: 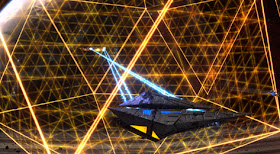 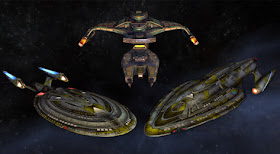 Also in the boxes are lobi crystals, which can be exchanged for other things, such a Tholian Widow Fighter, Tholian Recluse Carrier, or crystal sword: 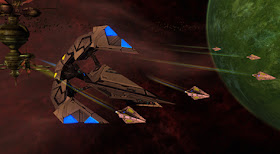 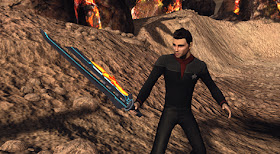 Read more about the other items in the lock boxes on Cryptic's announcement.