Cryptic have gone a bit Klingon crazy with a mass ship launch on the Star Trek Online Cryptic Store. My favourite is the intimidating four-winged Ning'tao class: 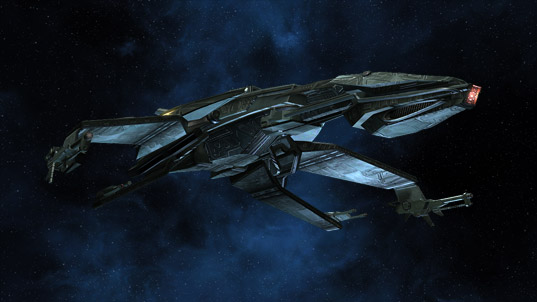 A significant improvement over the standard Norgh Class Raider, the Ning'tao Class was built with a split-wing design to accommodate its Quad Disruptor Cannons. The most powerful cannons ever developed by the Klingon Defense Force, the Quad Disruptor Cannons draw energy from the ship's engines to deal massive amounts of damage to an enemy.

You can see many more Klingon, Gorn, Orion, Nausicaan, and even a couple of Federation ships, after the jump: 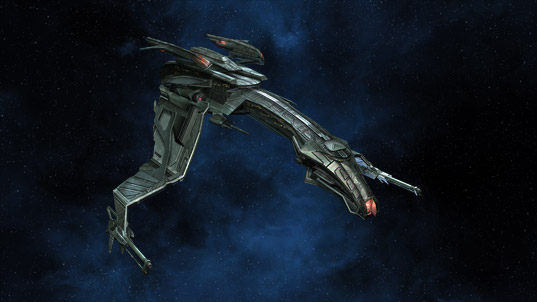 General Martok commanded the I.K.S. Ch'Tang during his raid on Trelka V in 2375, during which a small force destroyed a Dominion starbase. This ship class honors that ship and its crew. The Ch'Tang class comes equipped with a Subspace Jump Console which allows the ship to make a quick warp hop and appear behind its target. The Subspace Jump console may be equipped in any console slot on any Bird-of-Prey or Science Vessel. 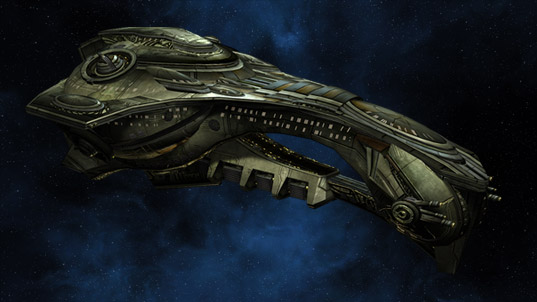 The Orion contribution to the KDF fleet is their Flight Deck Cruisers, a hybrid cruiser/light carrier. The Corsair has one hangar bay that can launch small ships or drones and comes equipped with Tachyon Drones. These drones advance on a target and then fire a tachyon beam to drain its shields. 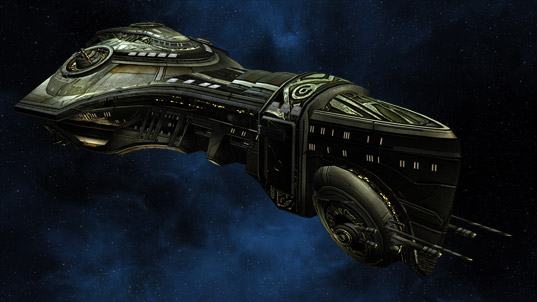 The Orion Dacoit Flight Deck Cruiser is a hybrid cruiser/light carrier. It has one hangar bay that can launch small ships or drones and comes equipped with Orion Interceptors. These small fighters have disruptor pulse cannons and can drain weapon and engine power from your target. 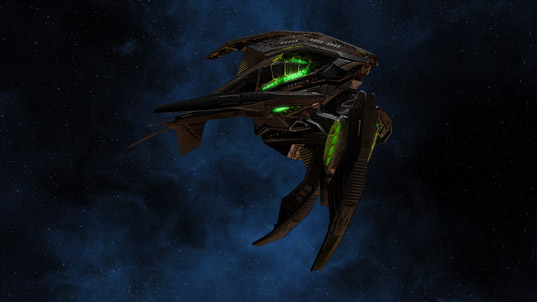 The Nausicaan Scourge Destroyer is as ruthless as it is elegant. The Scourge comes equipped with a Theta Radiation Vent Console. This unique console allows the ship to vent a large Theta Radiation cloud behind it that will slow enemy ships that pass through it as well as draining their shields and killing crew. 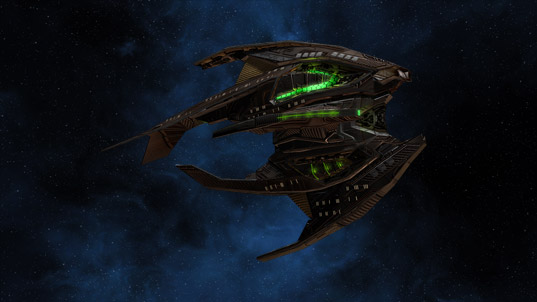 Nausicaan ship designs focus on strength and firepower. The Nausicaan Vandal Destroyer is a small but powerful ship that comes equipped with a Plasmonic Leech Console. This unique console enhances all of your energy weapons so that they will drain power from an enemy target and transfer that power to your ship. 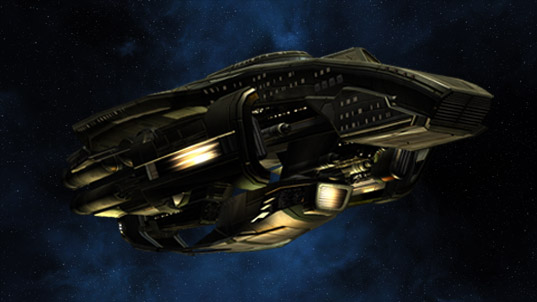 Gorn starship designers are pushing forward KDF technology with new vessels designed to support a team or fleet in combat. This Gorn-designed vessel features an Aceton Assimilator Console which drains nearby enemies' power systems and damages them with a radiation attack. The Aceton Assimilator may be equipped in any console slot of any Science Vessel or Bird-of-Prey Raider. 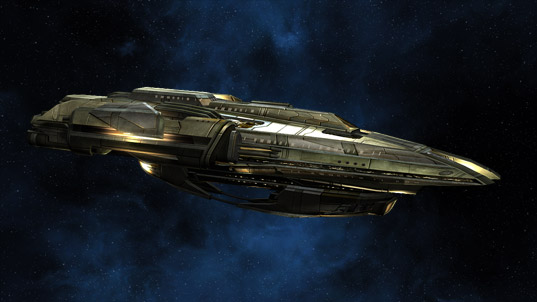 The capabilities of Gorn Science Vessels continue to impress the Klingon Defense Force. The Gorn Phalanx Science Vessel boasts advanced sensor technology on par with the best Starfleet has to offer. It also comes equipped with a Barrier Field Generator Console that can generate an energy barrier between your ship and a target which can be used defensively as cover. The Barrier Field Generator can be equipped in any console slot on any Science Vessel or Bird-of-Prey Raider. 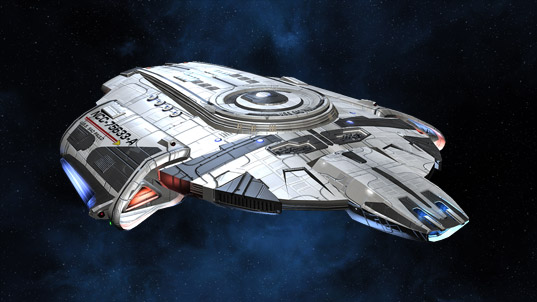 The original Defiant, commanded by Captain Benjamin Sisko, was on the front lines during the Dominion War. When it was lost to the Breen at the Second Battle of Chin'toka, Starfleet assigned the U.S.S. Sao Paulo to Deep Space Nine, but gave Sisko and his crew permission to rename the ship to Defiant.

Almost 35 years later Starfleet has launched the Tactical Escort Refit: Sao Paulo Class in honor of that ship. This vessel comes equipped with Quad Phaser Cannons. This fearsome energy weapon draws power from the ship's engines to deal massive damage to an enemy. The Quad Phaser Cannons scale in effectiveness with your Rank and Grade, and may be equipped on any Escort or the Dreadnought Cruiser.

I also spotted a an older additions I apparently missed before: 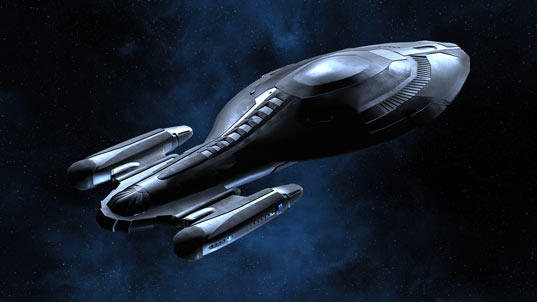 The Intrepid class ship U.S.S. Voyager, commanded by Kathryn Janeway, was lost for seven years in the Delta Quadrant.

This ship comes equipped with an Ablative Generator Console. When active, the console surrounds your ship in ablative armor, making your vessel almost impenetrable but taking shields and energy weapons offline.