The Star Trek Online Cryptic Store has been updated with their latest starship variants. This time we get a new version of the Constitution class (which kind of looks like it's been bred with the Excelsior class - And also quite a bit like the Enterprise pizza cutter...), and an almost steampunkesque variation of the Klingon Raptor:


A variant on the famed Constitution Class, the Exeter honors the 400 crew members of the U.S.S. Exeter who were killed by a biological agent in 2268. The Exeter Class comes equipped with an Ionized Gas Sensor that provides a bonus to Starship Sensors and can modify a torpedo to track down and target a cloaked ship. The Ionized Gas Sensor can be equipped in any console slot of any Cruiser. 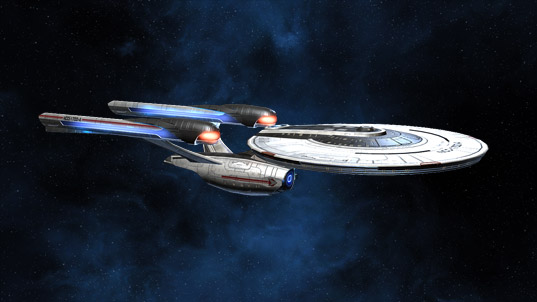 
When the Klingon Empire finds a ship design that works, they make multiple variations intended for differing battle scenarios. The Puyjaq is a variation of the Pach Raptor that can support a fleet maneuver or slow multiple opponents. It is equipped with a Graviton Pulse Generator that will significantly reduce the speed and turn rate of enemy ships in your front arc. The Graviton Pulse Generator may be equipped in any console slot of any Raptor, Destroyer or Bird-of-Prey. 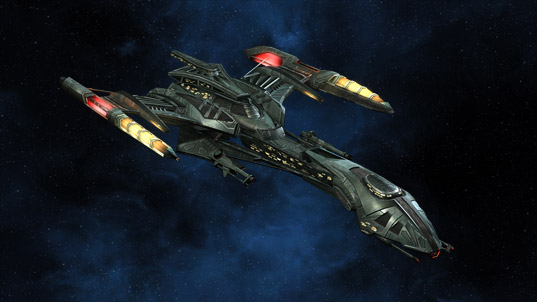 And just in case you didn’t believe me, behold the USS pizza cutter: 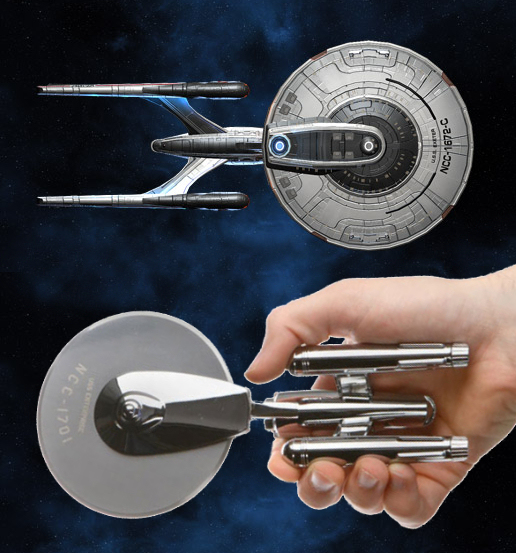