I think ties are one of the most annoyingly pointless items of clothing ever invented. So it takes a lot for me to like one. Anovos, makers of Star Trek replica uniforms, have almost achieved that by turning ties into long thin versions of Starfleet uniforms; made from the same fabric, and with little Starfleet deltas: 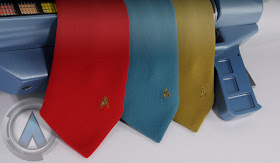 They’re doing editions of 100 of each department colour, the gold is already on sale, blue following today, and red on the way. 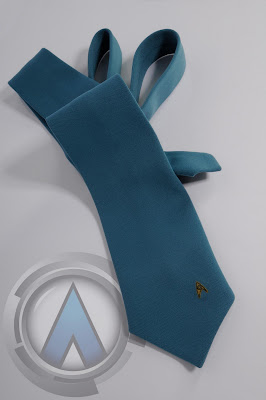 I’m hoping they might follow-up later with ones made from the 2009 uniform fabric, as that Starfleet delta pattern would make a nice exciting tie.


Thanks to TrekMovie's twitter feed for pointing these out.