First announced way back in June, when the original Star Trek Expeditions game was released, Wizkids have now given further details, via StarTrek.com, of the expansion set for the game; which is due out in November. The set will include three new characters: Sulu, Chekov, and Scotty, and comes in a box that looks like this: 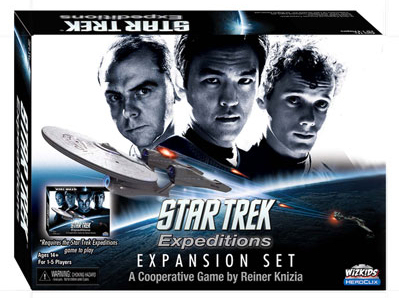