It looks like Gameforge are starting to build some hype for their forthcoming browser game, Infinite Space; with various interviews and features over the last few weeks, like this video talking about the game:

You can also find an interview with the Executive Producer Ralf Adam at MMORPG, and with Mike and Denise Okuda (who have been consultants for the game) at TrekMovie. Both sites also have some new screencaps as does IGN. Here are a couple of examples: 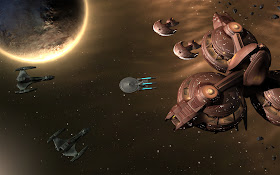 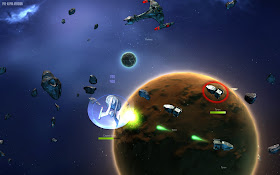 Meanwhile over at Cryptic, there have been several additions to the Star Trek Online Cryptic Store. Including the Oberth class, Bajoran Militia uniforms and various TOS uniforms which are also available in a TOS bundle; with TOS ship interiors phasers, and shuttlecraft! 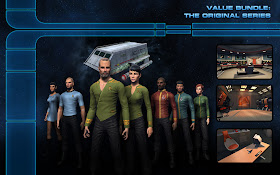 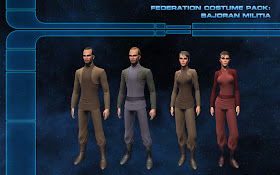 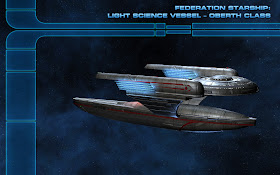 Away from your home computer, if you're a gambler you might want to check out Battlestations, the latest Star Trek slot machine game. Startrek.com has a video highlighting some of the nifty new ships designs featured in the game. Vanguard fans might also want to take a look, as the Watchtower class starbase makes an appearance too! 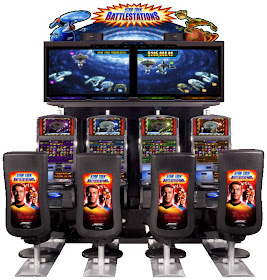 And finally, any from any computer at all, StarTrek.com also has a feature on the forthcoming Heroclixs game, Expeditions, which is described as follows:


In the game, it’s 2259 and the Enterprise ventures to a planet, Nibia, that’s recently petitioned the United Federation of Planets for membership. Only, when Kirk and crew reach Nibia they discover that there’s a Klingon Battle Cruiser in orbit, that civil war is this-close to breaking out and that Nibia and its president are re-thinking their UFP membership request. And so it is the crew’s mission – and thereby YOUR mission – to quell the brewing civil war, contend with the Klingons, and convince Nibia to join the Federation. Oh, and you only have 30 days – each day is a turn -- to pull it all off, or else a Klingon battle fleet will soon swoop in and compel you to withdraw (or, in game parlance: lose).

They also have a remarkably detailed video explaining all the ins and outs of the game - It sounds hideously complex to me, but I'm rather curious given it will be the first product to give us a story set after the new movie. 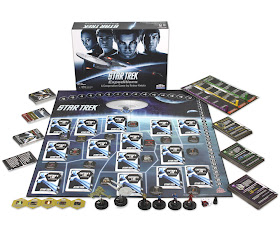