It's a bit of a quiet time on the Trek front from IDW. The end of last year saw just one series runnning, Khan Ruling in Hell, and following the current Star Trek element in the Infestation crossover we wont have any new Trek comics for at least a couple of months (the first time since IDW starting doing Trek comics a few years ago)!

TrekMovie talked to IDW about this and were reassured there was more Trek coming later this year:


IDW is not moving away from Star Trek. We’ve included it in our company-wide event, INFESTATION, and are working on some big things to start in the spring. There are several Star Trek books in the works.

Those books apprently include stories form both the prime and new-movie timelines.

If you missed any of Khan you can find previews for the final three issues: here, here, and here.

Solicitations for the next few months:


The first-ever event in IDW Publishing’s history crosses over into the Star Trek universe with this two-part, bi-weekly series! A routine visit to a colony world takes a horrifying turn when Admiral Kirk, Mr. Spock and Dr. McCoy find themselves surrounded by hordes of the undead! Spinning out of the pages of last month’s INFESTATION, this series takes the crew of the Enterprise into a dark and deadly new direction! 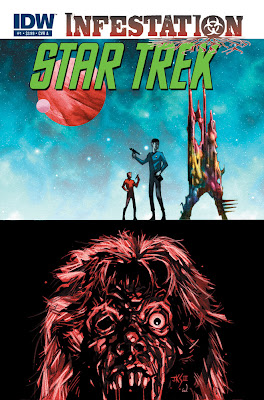 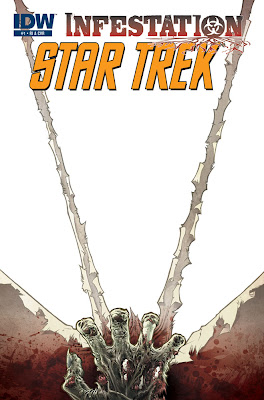 
The second chapter of a bi-weekly Infestation tie-in! Admiral Kirk, Mr. Spock and Dr. McCoy fight for their lives against mobs of zombie colonists! Will they be able to prevent the Infestation from spreading throughout the Federation? And will they discover the greater threat behind the undead invasion in time to save themselves?! 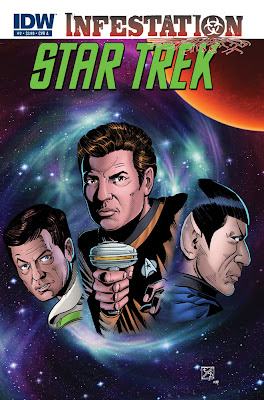 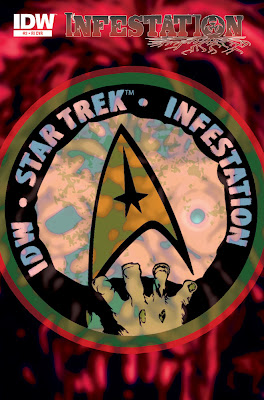 
The most legendary captains of Starfleet get their due in this collection of five standalone tales! See how Captains Pike, Sulu, Harriman, and Jellico handle the responsibilities and challenges they face as Starfleet Captains. 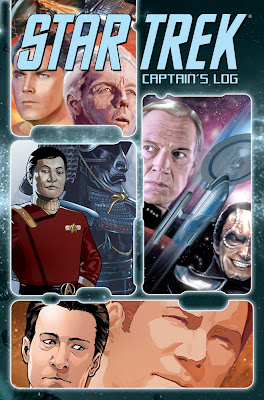 
IDW's first-ever mega event ends here! Britt has returned from the universes of TRANSFORMERS, GHOSTBUSTERS, G.I. JOE and STAR TREK, armed with new technology that will spread the Infestation across all known realities. Zombie apocalypse looms and the remaining members of CVO are running out of options... humanity's last hope may be a risky sacrifice that could alter the IDW universe forever! 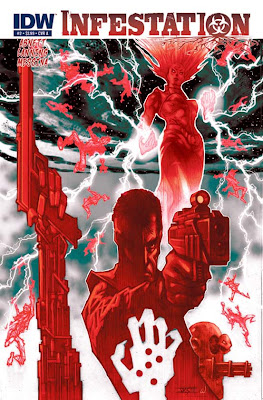 
When the most infamous villain in Star Trek history is last seen in the Original Series episode "Space Seed," Khan Noonien Singh's an elegant, proud warrior-king. When he's next seen in Star Trek II, he's a grizzled maniac, twisted by loss and an unquenchable thirst for revenge. What has happened between these two points in time to so radically alter what seemed to be an unbreakable will? That story is finally told! 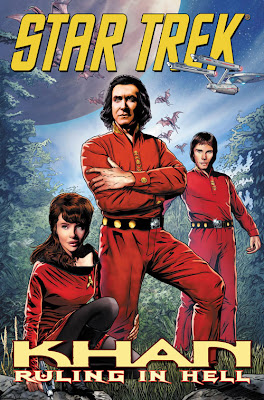 
Our line of affordable reprints continues with the prequel to the blockbuster film from Paramount Pictures! JJ Abrams, Roberto Orci, and Alex Kurtzman present the origin of Nero, the mysterious Romulan who will ultimately threaten the survival of the entire universe. 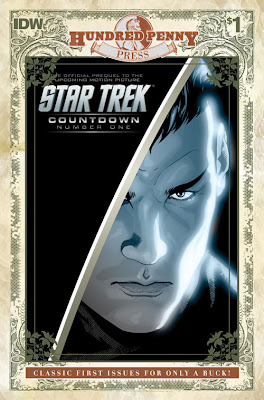 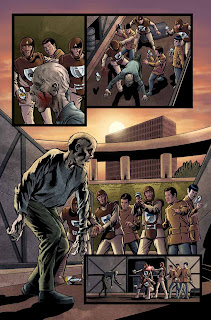 And finally with Infestation now begun, and the Star Trek section starting this week, there are lots of previews about! From Infestation #1 preview pages before colouring, and after. From Star Trek Infestation, three pages to get you going. Some character designs from David Messina. And a zombie-McCoy by J.K. Woodward, which appeared in the retale incentive Infestation Sketchbook. There's also a Comic Book Resources interview with Scott and David Tipton on their work on the Star Trek issues. They noted the choice of setting:


...one choice we did make was to use a slightly later incarnation of the Classic crew, as seen in ‘Star Trek: The Motion Picture.’ This was done in part in the hopes of setting the stage for future stories to be told in that period, which has long been a favorite of ours, and also because that 1970s feel that's found in ‘Star Trek: The Motion Picture’ seemed to be a good match for this more bleak kind of tale.