Cryptic have announced the details of their latest update "Season One Update One" which has been available for a few days. New features include a difficulty slider, allowing players to set the game to be more challenging, and an accompanying damage system for the harder levels of play. The game also adds auto-fire and new weapons. Plus new items in the C-store, the Dervish class variant, Maelstrom class: 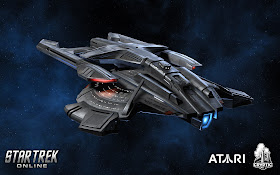 And Pakleds as a playable species: 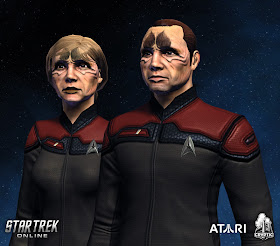 Cryptic have also set up several promotions. This coming weekend will be the first trial weekend, allowing players who have the game but not an active account to play again for the weekend and be tempted back. They have also added a referral scheme, and will soon launch a demo version of the game. And for rewarding players who have stuck at it they will be introducing veterans rewards. Full details, here.