TrekMovie have released the covers and blurbs for the rest of this year's output from Pocket Books, they are as follows:

Freed with a thought, the greatest menace to humanity, the Borg are gone, absorbed into the Caeliar gestalt. But are they? Can this deadly menace, that has hovered over humanity for decades truly be gone? Might some shadow of the Caeliar remain? The Federation decides that they have to know and Starfleet is ordered to find out.

The Starship Voyager leads a fleet into a region of space that has lived in fear of instant annihilation for generations, home of the Borg, the Delta quadrant. Afsarah Eden—the new captain of Voyager is charged getting answers, to reach out to possible allies, and resolve old enmities in the Delta quadrant

The perfection that was given to the Borg was withheld from Seven of Nine. Left behind she is living a twilight existence—neither Borg nor human—and slowly going mad. The whispers of the Collective, comforting mummers she has always known, is replaced with a voice deep within her that keeps insisting she is Annika Hansen. Chakotay, the former captain of Voyager, offers to help Seven rendezvous with the ships that Starfleet Command has sent into the Delta quadrant, the probable destination of the mysterious Caeliar.

These are not the friendly stars of the Federation, the unknown and the unexpected are the everyday. 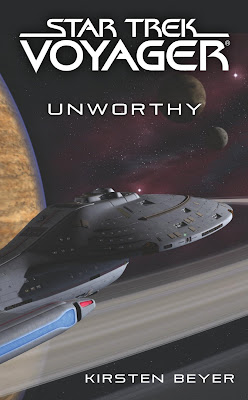 Enterprise - The Romulan War: Beneath the Raptor's Wings, by Michael A. Martin


At the start of the twenty-second century unconditional war swept across the Earth. A war that engulfed the great and the small, the rich and the poor, giving no quarter. Each side strove for unconditional victory, and as battle built upon battle the living began to envy the dead.

Chastised by the cataclysm that they had unleashed, the governments of Earth banded together. Humanity vowed to put an end to war, and to strive for the betterment of every living creature. A united Earth created Starfleet, an interstellar agency, whose mission was to explore the cosmos, to come in peace for all mankind. A naïve wish, yet man persists in the belief that peace is the way. Banding together with other powers to form a Coalition of Planets, humanity hopes that the strength each can offer the other, will allow for peaceful exploration.

The rise of the Coalition strikes dread within the Romulan Star Empire. They feel the growing reach will cut them off from is rightfully theirs. But, the Romulans know that the alliance is fragile, that the correct strategy could turn allies into foes. Perfecting a way of remotely controlling Coalition ships and using them as weapons against each other, the Romulans hope to driving a wedge of suspicion and mistrust between these new allies.

One ship, one Starfleet captain uncovers this insidious plot, Jonathan Archer of the Enterprise. Determined not to lose what they have gained, out manned and out gunned, the captains of Starfleet stand tall vowing to defend every inch of Coalition space. The tide begins to turn. The Romulans now plan to strike at what they see as the heart of their problem. With nothing left to lose the Romulan Star Empire engages in all out war against humanity, determined once and for all to stop the human menace from spreading across the galaxy. 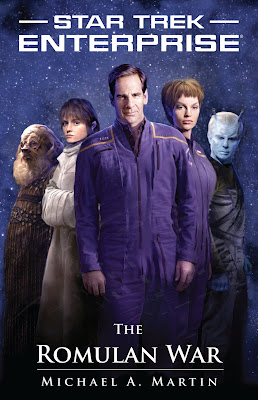 Striking a “sandbank”—a spatial distortion—the Titan is knocked out of warp, her crew shaken up but uninjured. Titan has stumbled across a battlefield, and floating in it, shattered and in pieces, are the remains of a ship. Searching for survivors, they discover the ship never had a crew. The away team removes the computer core, looking for answers. Once the device is restored, it becomes clear this is not just a computer, but a thinking, reasoning artificial intelligence.

It identifies itself as SecondGen White-Blue, it comes from a civilization composed entirely of sentient computers. Eons ago these artificial intelligences were charged to be the first line of defense against The Null—a destructive force so allconsuming that generation upon generation have waged unending war trying to find a way to beat back this terror. Captain Riker offers to assist them, but years of war have left the AIs distrustful and suspicious, especially of organics.

The tide of the battle is turning, The Null is winning. Set free, it will destroy everything in this system and then, unchecked, spread its mindless destruction into the heart of the Federation. 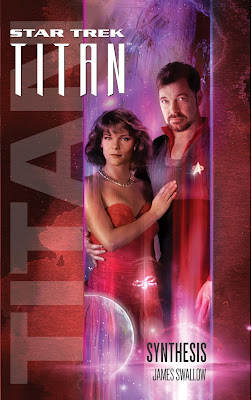 Operation Vanguard is in chaos.

On a post-apocalyptic world in the Taurus Reach, undercover Starfleet Intelligence agent Cervantes Quinn finds an ancient Shedai conduit. Unfortunately, the Klingons have found it first and sent an army to claim it.

Light-years away on Vulcan, reporter Tim Pennington answers a cryptic call for help and ends up stalking interstellar criminals with an unlikely partner: T’Prynn, the woman who sabotaged his career and is now a fugitive from justice.

Meanwhile, Diego Reyes, former commander of Starbase 47, lives as a prisoner aboard a Klingon starship. But his former enemies aren’t seeking revenge. In fact, the only man who knows why Reyes is still alive is the one who arranged his kidnapping and faked his death—the enigmatic Councilor Gorkon.

All their fates, as well as the futures of three great powers, are linked by one thing: the mysterious Mirdonyae Artifact. And unless Doctor. Carol Marcus and Ming Xiong can unlock its secrets in time, it might destroy them all. 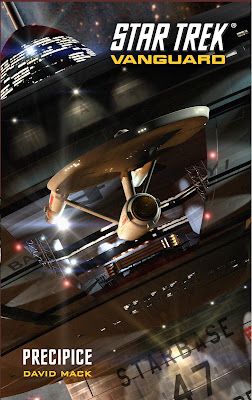 TOS - Mirror Universe: The Sorrows of Empire, by David Mack

One man can shape the future…but at what cost?

“In every revolution, there is one man with a vision.”

Captain James T. Kirk of the United Federation of Planets spoke those prophetic words to Commander Spock of the Terran Empire, hoping to inspire change. He could not have imagined the impact his counsel would have.

Armed with a secret weapon of terrifying power and a vision of the alternate universe’s noble Federation, Spock seizes control of the Terran Empire and commits it to the greatest gamble in its history: democratic reform.

Rivals within the empire try to stop him; enemies outside unite to destroy it.

Only a few people suspect the shocking truth: Spock is knowingly arranging his empire’s downfall. But why? Have the burdens of imperial rule driven him mad? Or is this the coldly logical scheme of a man who realizes that freedom must always be paid for in blood?

Spock alone knows that the fall of the empire will be the catalyst for a political chain reaction—one that will alter the fate of his universe forever. 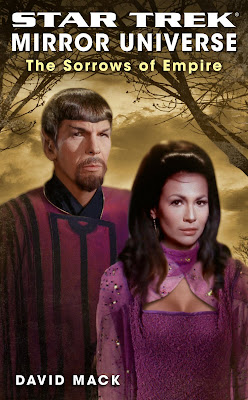