TrekMovie have announced Polar Lights will be releasing (late next year) a 1:2500 scale snap-together model kit of the new movie Enterprise. Which has a box that looks like this: 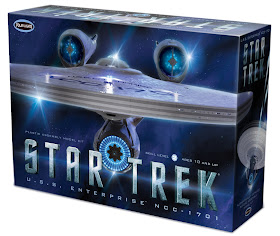 TrekMovie also have a run down of other coming model kits from AMT and Polar Lights, newly announced kits include a re-issue of the Vulcan shuttle from The Motion Picture (with some new detailing): 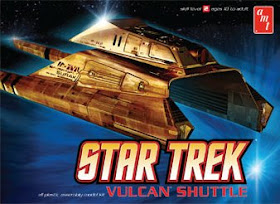 And a new 1:1000 scale Enterprise-A model will be coming out at the end of the year: 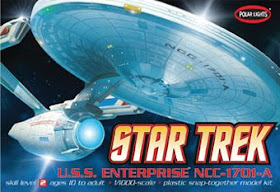 UPDATE: Round 2's blog reveals, due to a combination of problems the Akira has been pushed back, to an unknown distant time. Shame.