Not done a toys update in a while, and lots of new things have been announced recently, so here's what's coming in the next few months from DST:

In the action figures line, the First Contact Data (with exposed circuitry) is finally being released, in November, exclusive to previews. All we need now is a new Borg Queen figure to hang out with Data and FC Picard...

The Wrath of Kahn line continues to expand, with a new two pack, with yet another Kirk figure! Accompanied by radiation poisoned dieing Spock. That's out early next year: 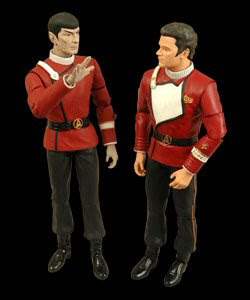 The forth wave will reportedly consist of TNG characters.

In sculptures, the Star Trek: Icons collection comes to a conclusion with the Captain Archer bust: 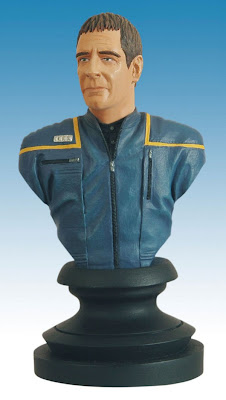 And finally, after a year or two of re-issues of TOS phasers a brand new bit of Trek tech! A TOS communicator: 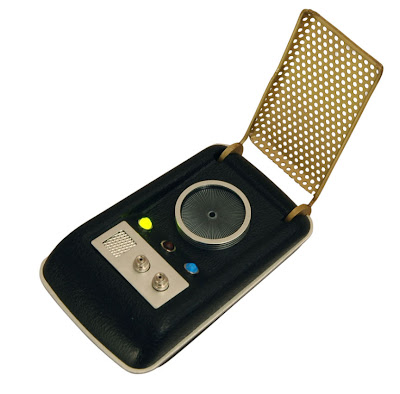 Looksie, a video a preview for the next Trek game on the way "Conquest":

Looks a bit like a new version of one of the old Armada games to me (which is a good thing), I think the directional shields are a nice touch, very appropriate for a Trek game; "aft shields at 5%", very Trekish.

IDW editor Andrew Steven Harris has posted some preview artwork for the Borg issue of the Alien Spotlight series (out in January). These are Sean Murphy's black and white versions, the final version will be coloured, but it's looking outstanding already: 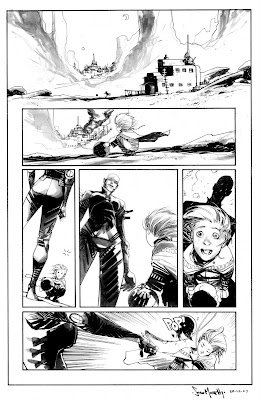 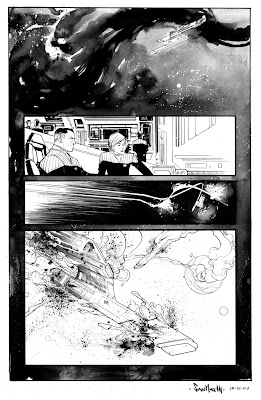 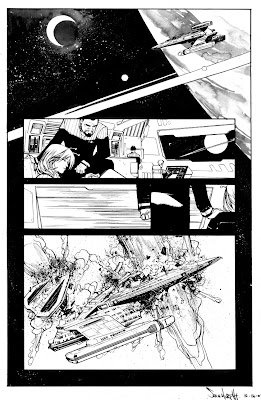 There are three more pages, in higher res than normal previews, on IDW message boards, here.

Care of Comics Continuum: IDWs comics coming in January next year, which are; Alien Spotlight #5: The Borg and the first issue of the next Tipton/Messina miniseries TNG: Intelligence Gathering. Also included are a couple of new cover releases (or re-release in the full colour version)

In the vast Star Trek universe, many diverse alien races abound, and now they finally get their due! Continuing a series of one-shots, each by a different creative team and featuring a different Star Trek alien race. Now, the spotlight shines on the Borg. The Enterprise must face its most deadly confrontation with the Borg -- drones from the future, when the Collective believes it has achieved perfection! Sean Murphy handles art and cover chores, while his Outer Orbit cohort Zach Howard provides a second cover for the issue.


From the creative team who brought you Klingons: Blood Will Tell! This issue begins an all-new five-part adventure for the Enterprise-D crew! The Enterprise is summoned to a Federation science station, designed to be the ultimate in data storage and information archiving. Data and Riker enter the outpost's gargantuan artificial intelligence system, which may have gained sentience and has begun behaving erratically, with orders to either repair or destroy it. On the Enterprise, meanwhile, Picard and the crew begin to realize that there may be more here than meets the eye...


The Borg story, apparently revised since the change in authorship from the originally announced Steve Niles to IDW's new Trek editor Andrew Steven Harris, sounds pretty interesting to me, should be interesting to compare these future Borg to One from Voyager's "Drone". Intelligence Gathering sounds like it could be interesting too, the fact it's from the Tiptons/Messina team makes my expectations of it much higher. Should be a good month.

Ok, not posted in an age, so here's some of the stuff that's new in the last couple of weeks:

From TOS remastered comes another wonderful new matte painting, this one from the episode "Dagger of the Mind": 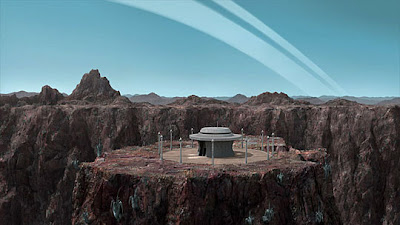 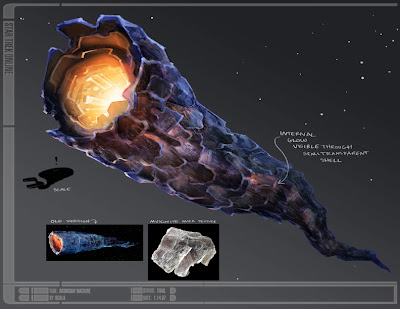 And in comics, a tease of a preview from the Orion Alien Spotlight issue, from the blog of Elena Cassagrande: