StarTrek.com have updated their comparison gallery with a new shot from "Charlie X" featuring the newly visualised starship Antares: 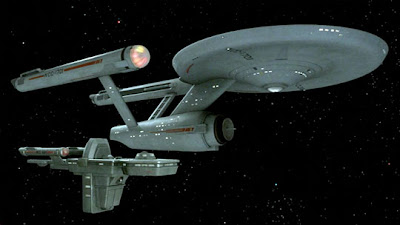 Interestingly StarTrek.com claim the design was inspired by the Woden, however that was just a reuse of the DY-100 model, the new design is in fact quite clearly a design taken from the TAS episode "More Tribbles, More Troubles". It is indeed almost identical with the variation of an additional module on the front of the ship, presumably a crew compartment which the robotic ships in TAS would not have required. 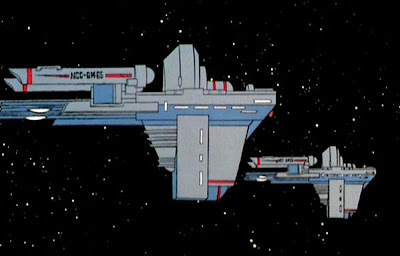 TAS screencap from the most wonderful TrekCore.com.
at 23:56