Diamond Select Toys have announced battle damaged versions of the 's 1701 and 1701-E.


The 1701-E will represent damage taken by the vessel in the movie Nemesis, though, unfortunately not so far as the post ramming damage. This is the first reuse of the Enterprise-E mold since it debuted a year or two ago after continued delays to the model which was originally due to come out shortly after Nemesis was released. 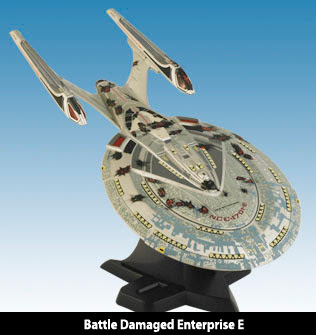 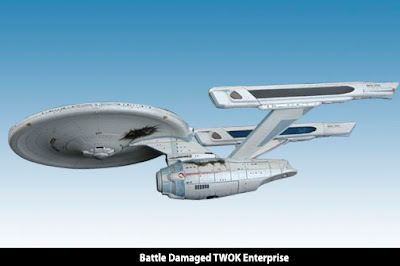 Both are exclusive to New Force Comics in the and available through other retailers internationally.

Also coming out this year is an original (pre-refit) 1701.