At a panel at the San Diego Comic Con today the title and starring ship of the new Star Trek TV series was announced. Coming in 2017 will be Star Trek: Discovery, featuring the USS Discovery NCC-1031.

And one other huge thing revealed in a press conference after the panel, the series will be set in the prime timeline (as tweeted by Larry Nemecek).

Continue below to check out the teaser trailer introducing the ship (and stills there after), as well as other news from the series. 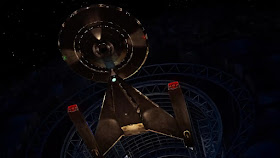 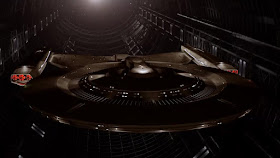 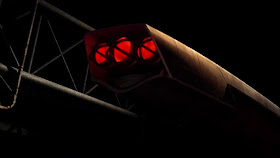 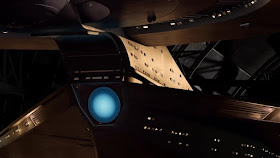 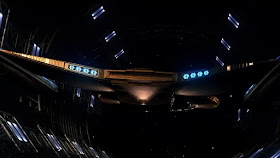 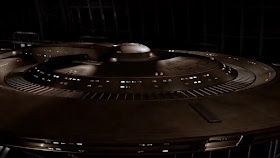 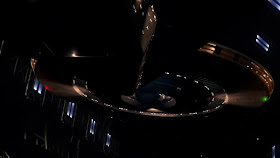 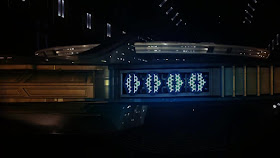 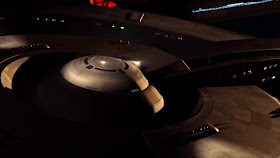 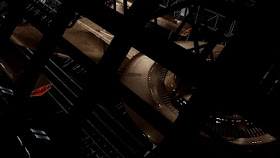 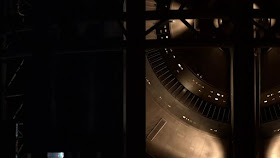 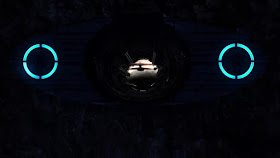 According to StarTrek.com, when show-runner Bryan Fuller was asked why Discovery, he replied:


There are so many reasons why we settled on Discovery, but the chief one amongst them was that I couldn't think of a more Star Trek-themed name for a ship than Discovery.

UPDATE: Fuller expanded on that in a short video CBS released on YouTube (which annoyingly is region locked):

UPDATE: TrekMovie have also posted an interview with Executive Producer Heather Kadin, who noted that we see is (of course, half a year before release) not final work:


I was surprised Bryan didn’t say that, actually. I mean, we had three weeks to throw that together. We wanted to show fans…we’re super-excited by the score that this amazing composer, Phil Eisner, threw together as an audition and he did an incredible job. The concepts of the ship are totally what we’re going for and they’ll be honed up until, I think, the day we deliver.

If you think the design looks a tad familiar, you'd not be wrong, it has clearly taken a HUGE amount of influence from Ralph McQuarrie's concept USS Enterprise for the one of the pre-The Motion Picture projects, Planet of the Titans. The asteroid spacedock even comes from the same batch of concepts. 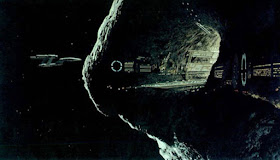 The ship was all that was revealed at the panel, Bryan Fuller, who was host alongside a selection of past Star Trek stars, also spoke about the format and aspirations for the series (as live tweeted by TrekNews.net. UPDATE: CBS have now posted clips and a transcript from the panel). He noted the series will be a different format than previous Trek:

And that he will be continuing in Star Trek tradition of being boldly inclusive:


Star Trek has always been an intimate adventure, an adventure of humankind. What the new series needs to do is continue to be progressive, push boundaries and tell stories that give us hope for a future."

When asked how the show might bring hope he replied:


One of the most beautiful things of Star Trek is that you have people who see this show and they want to be scientists, they want to make it into space. We have to celebrate a progression of our species, because it seems right now we as a species need a little help. There's nothing like the guiding light that Gene Roddenberry hung high in the sky.

Bryan Fuller also tweeted this photo of a Captain's chair this other day. Could this be the to-be-upholstered future seat of the Discovery's captain? 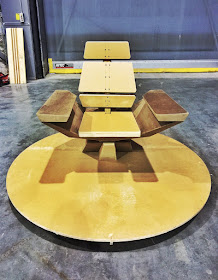 Meanwhile, Deadline also recently announced that David Semel will be directing the pilot episode. Semel is the latest Heroes alumni to join the production, following several writers and producers from that series. He directed the first episode of that series too, and indeed that seems to be his speciality, having directed pilot episodes of Legends, The Man In The High Castle, Person of Interest, and many other shows.

One final thought, the acronym for this series is STD. Oops? (Ok, not actually as we don't call Voyager and Enterprise STV and STE do we? But still funny!)

Star Trek: Discovery is due to start in January next year, it will be distributed almost everywhere in the world on Netflix, except for the US where is will be available on CBS All Access, and Canada where it will be on Bell Media channels and services. To keep track of all the latest details from the new show, visit my Star Trek: Discovery guide page.